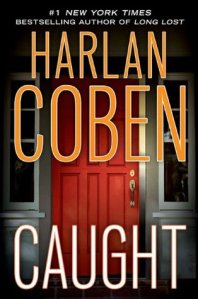 If any of you out there are unfamiliar with the phenomenon that is Harlan Coben, here are a few facts.
• All but his first two books are still in print, and his backlist sells about 1 million paperbacks in the United States each year.
• Including his worldwide figures, he sells about 2.7 million books a year.
• It is estimated that Coben earns at least $3 million to $4 million per book, when foreign rights are factored in.
• His work has been translated into 41 languages
• His last SEVEN CONSECUTIVE novels all debuted at #1 on the New York Times Bestseller list

I’ve been a fan of Coben since I discovered his mystery series featuring Myron Bolitar, sports agent turned investigator, but it is his stand alone novels that have really taken him to the next level.
Here’s the thing. Coben pretty much does one thing and does it really, really well. No gritty noir or hard boiled detectives here, Coben has cornered the market in suburban family everyman/ woman in peril. You can count on there being dark secrets from the past, snappy dialogue, short chapters and twists. Then more twists. And when you think he’s finally finished with you, there just might be another twist for you to get your head around.

If I sound flippant, I don’t really mean to be. I enjoy Coben’s books, I mean, I’ve pretty much read them all. And I enjoy them because I know exactly what I’m going to get.

So to Caught. Social worker and basketball coach Dan’s life goes as wrong as a life can when he is accused of grooming a younger girl for sex, and child pornography is found on his computer. Acquitted on a technicality, he is living rough, unable to rebuild a life so shattered. Marcia’s life has also been shattered; her teenage daughter Haley has disappeared. Add into the mix the bad things that are happening to a group of men, Dan included, who were not only members of the same class a generation ago at Princeton University; they also roomed together as freshmen. The ‘detective’ role in Caught is taken by Wendy Tynes, the widowed journalist who unmasked Dan, but is now unsure of everything she believes as she tries to piece together what happened to Dan and to Hayley.
Tynes’ pursuit of the truth takes her through a maze at breakneck speed and disappearing corpses, mistaken identities, dead hookers, embezzlement, conspiracies, drugs and drunk driving are just a few of the plot points that are all neatly tied up at the end.

There is not much in the way of character development, most of what we learn comes from what they say. I wasn’t particularly emotionally invested in anyone and there are some caricatures in here, but none of this really matters. It is totally engrossing. The narration—which keeps moving and shifting, from one plot strand and alternative view point to another in each short chapter often featuring its own perfectly crafted mini cliff hanger—has a mesmerising effect.

The main thing I think when reading Coben is ‘just one more chapter, just one more…’ as he is a master of the page-turning, unputdownable blockbuster. What he does is impressive if you don’t expect it to be anything more than it is. I read Caught last week. I enjoyed it. I can’t quite remember a lot of it now. No matter, it was fun.There’ll be a new one next year.
If you’re new to Coben, I would recommend Tell No One which is a masterclass of a  thriller and the French movie adaptation is quite fantastic.

I went to a screening of it at the Queens Film Theatre in Belfast quite a few years ago and Coben was signing books afterwards. He was incredibly friendly and professional, asking names, getting opinions and taking time to talk to everyone . Maybe that’s why he’s so successful. 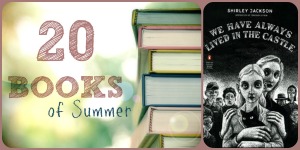 For anyone wanting to read along, my next book from 20 Books of Summer is We Have Always Lived at the Castle by Shirley Jackson.