In the 1985 classic John Cusack movie ‘The Sure Thing’ (humour me here) there is a great line when serious, straight-laced Alison comments on her scantily-dressed bikini-clad nemesis, ‘She has beautiful skin. And so much of it’.

This line kept springing to mind while I was reading Black Water Rising (I did say humour me….). It has such great plot. And so much of it. Reading this debut thriller from Attica Locke was like wading through the black water of the title, plot line upon plot line vying for attention, the action as murky as the Bayou of the bravura opening chapter.

It has to be said though, that the opening chapter is outstanding. It is 1981, Houston. As a treat for his pregnant wife’s birthday, black lawyer Jay Porter charters an evening boat trip which ends in drama when gunshots and a white woman in the water put Jay in a situation he’d rather not be in. It is the wrong place, wrong time yet again for Jay, who was a veteran of the Black Power Movement and narrowly escaped a jail sentence on a government frame-up while a student. Not keen to be involved in any one else’s problems, let alone a white woman’s, he drives the silent victim to a police station and leaves it at that. Only it doesn’t leave him and he finds himself caught up in a conspiracy that goes far beyond the events of that night.

The brilliance of the opening chapter sets a tempo and pace that isn’t maintained in the rest of the book. While skilfully constructed and sometimes thrilling, the tangents of the plot never come together as a cohesive whole. There is a dock workers union strike – a sub-plot that is given a lot of time for little return; there are corrupt politicians; the involvement of Big Oil; an ex-girlfriend of Jay’s who is now Mayor and may or may not be trustworthy and a prostitute trying to cash in on a politician’s indiscretions. Pile on to this the narrative back story of Jay’s student days in the Black Power movement; his past relationship with Cynthia, the mayor; the racially motivated death of his father and his continued paranoia over race relations and you have a lot of information to process.

For me this meant that the core of the thriller got a little lost in the murkiness. The Black Water Rising of the title is, of course, oil and the corrupt practices of the large petroleum companies, but even this conspiracy theory, when it is finally brought to light, is a little tame. What Locke does do well though is in her depiction of race relations in Houston in the 1980’s, that sense that while oil is flowing again and money is there for the taking, there is still a lack of trust and a divide between the haves and the have nots. Paranoia over race has replaced the cold war paranoia and there is a crisis of identity for everyone, both black and white, rich and poor. Money is now the dividing line and Jay Porter, as a black lawyer is well placed to see both sides. Jay is a strong and compelling character, torn by his moral obligations in the present and the political obligations of his past.

They were fools back then, Jay thinks. Young and naive to believe they could raise voices and guns against a superpower and get away with it. Weren’t they always meant to pay…someday, some way? Hasn’t he, deep down, been waiting for this very moment? The day when they would come for him again?

The exploration of how Jay’s small, cumulative decisions become large, threatening mistakes, as much because of outside forces and because of his own prejudices and fears, is skilfully handled . His paranoia, his attempts to make good on his life and his mistrust of authority make for a fascinating central focal point, so it’s just a shame that all the other characters in the book are stock and sketchily drawn.

This mix of social commentary and crime action has been done better by George Pelecanos and Denis Lehane but Locke does use her milieu to elevate thriller conventions like the car chase, the ransacked apartment and the conflicted but honest journalist which might otherwise have come across as clichéd.
It’s telling that Attica Locke has worked as a screenwriter, as there were times when Black Water Rising was reminiscent of a good season of The Wire. The ending certainly seems to be a set up for ‘season 2’ of Black Water Rising, but as a standalone book, the abrupt and open ended final chapters are less cliff-hanger more let down.

I feel like I’m being quite harsh on Black Water Rising. The skill, plotting and tension of the opening chapters suggests to me that a little less back story and some more even pacing would have ratcheted up the tension and made for a more gripping read.

However, if you are going to take one thing away from this review, it’s that I can always be counted on to shoehorn in a reference to an 80’s teen movie when it’s called for.

Next up in the sorry 20 Books of Summer Challenge? An Evening of Long Goodbyes by Skippy Dies author Paul Murray. 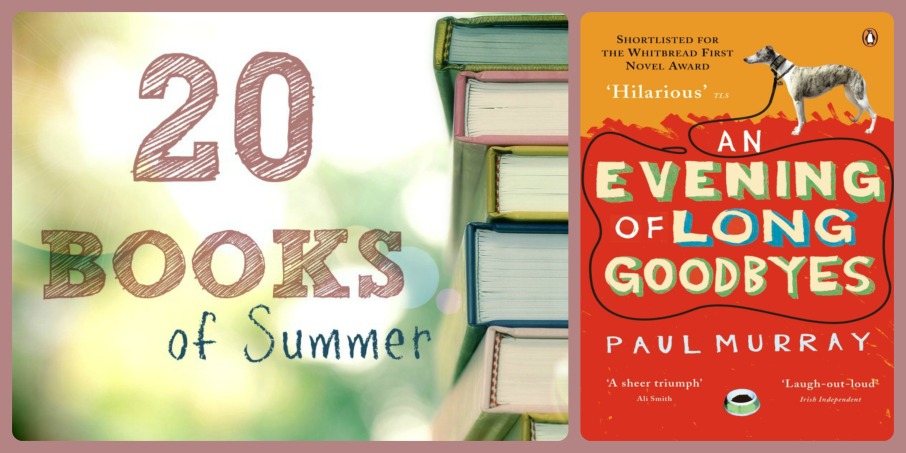