The world is full of obvious things which nobody by any chance ever observes.

Arthur Conan Doyle, The Hound of the Baskervilles 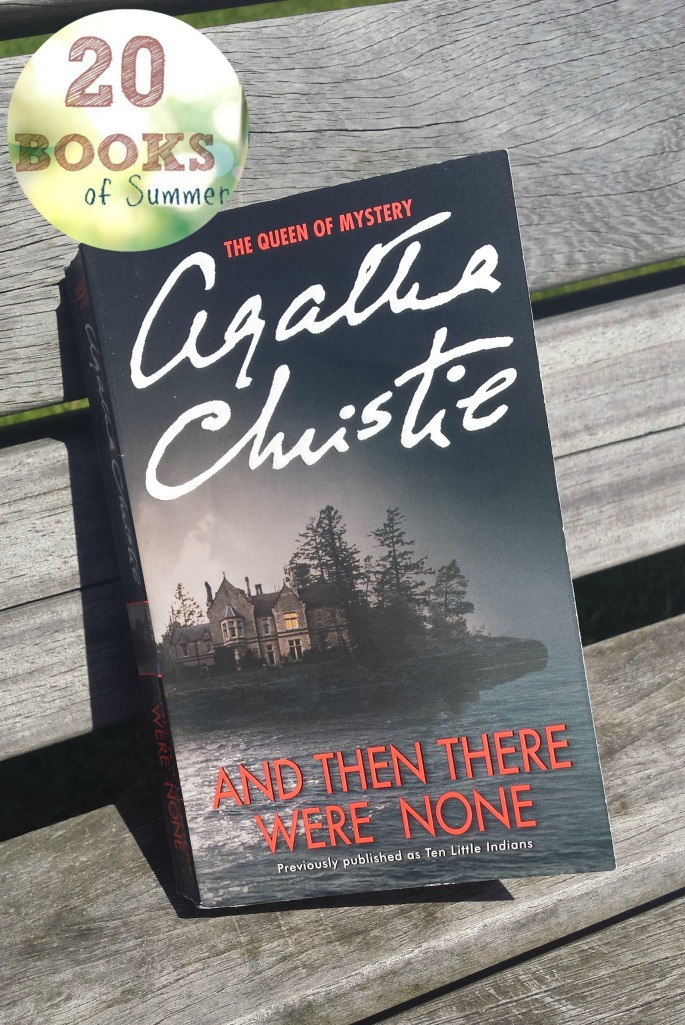 For some strange reason, I have never read Agatha Christie before so I can’t talk about her style, but in And Then There Were None, she doesn’t mess about.

The reader is thrown straight into this riveting tale of ten people who are invited to come to stay on Soldier Island for various reasons by a mysterious Mr Owen. The guests don’t know each other, but after dinner on the first evening, it becomes apparent that they have all be brought to the island to pay for a death that they caused but got away with. They start dying one by one in the manner of the nursery rhyme Ten Little Soldiers which hangs framed in each of their bedrooms, and with no means of escape and no one else on the island they must try and work out which one of them is the killer before it is too late.

It really is the perfect set up and an ingenious whodunit. Ten strangers who can’t trust each other, an island from which they can’t escape and a rising body count ratchet up the tension from the very beginning. The technique of the nursery rhyme, which tells the reader the order and manner of the deaths, in no way diminishes the intrigue. In fact the book is almost impossible to put down.

One choked his little self then there were Nine.

One overslept himself and then there were Eight.

One said he’d stay there and then there were Seven.

A bumble bee stung one and then there were Five.

A red herring swallowed one and then there were Three.

A big bear hugged one and then there were Two.

One got frizzled up and then there was One.

He went and hanged himself

And then there were None.

The crime is all in And Then There Were None – there is no great depth to the characters and no real exploration of their guilt or the emotional impact of what is happening to them. I don’t say this as a criticism as this is not where pleasure is to be had in this book. Rather it is the seemingly effortless storytelling, which both illuminates and misleads at the same time and the intricate plotting which means that when the killer is revealed, you want to head right back to the beginning again to see just how she pulled off such a clever sleight of hand.

And I did just that. Is it a watertight plot? Probably not. In some cases the killer was lucky that people acted as he or she hoped they would and due to the withholding of some key information right until the epilogue, I doubt if many could guess who the killer is. However, the clues are there in a subtle way and unwittingly, we are almost made aware of who the killer is from the outset.

And Then There Were None is an intriguing exploration of guilt and our ability to live with it. As one character says,

The victims live with their guilt in different ways, with the suggestion by the killer that there is a spectrum of guilt upon which they all sit. But it is also a study in the nature of justice and how the idea of what constitutes justice is subjective and not always bound by, or delivered by the law.

At the start of this perfect little novel, before the deaths begin, the ten decide that they will all leave the island at the earliest opportunity. One of them disagrees.

‘A bit unsporting, what?’ he said. ‘Ought to ferret out the mystery before we go. Whole thing’s like a detective story. Positively thrilling’.