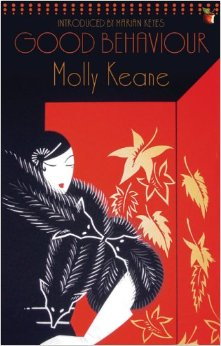 Good Behaviour was Molly Keane’s first book written under her own name despite having published many of her novels as MJ Farrell. She was almost 80 years old when she published the book in 1981 and it’s interesting to wonder why she waited so long to write as herself. Her friend, and editor, Diana Athill speaking to The Guardian had a clear idea.

With Good Behaviour it was instantly clear to me that she ought to step forth as herself, and her own hesitation about it was very slight. Molly was essentially modest, but like all good writers she knew deep down that she was good. I think the shape her modesty took was simply not feeling that being a very good writer was all that important.

The novel is one long cri de coeur of Aroon St Charles, daughter and resident of the ‘big house’ Temple Alice, where she lives with her distant parents, beloved brother and assorted servants and where the only thing frowned upon is not adhering to the rules of good behaviour. Discretion is valued above all else in Aroon’s world, it is always necessary to do the right thing.

The book opens with what could be seen as a murder. Or a hastened death as Aroon’s mother passes away following an unfortunate encounter with a rabbit mousse. Aroon’s response to her mother’s death is what her response to all the tragedy in her life has been. She reverts to good behaviour.

I had time to consider how the punctual observance of the usual importances is the only way to behave at such times as these. And I do know how to behave –believe me, because I know. I have always known. All my life so far have done everything for the best reasons and the most unselfish motives. I have lived for the people dearest to me, and I am at a loss to know what their lives have been at times so perplexingly unhappy.

As Aroon, now 57, looks back on her life, her relationships and what has brought her to this point, Keane does something incredibly clever. Not only is Aroon an unreliable narrator, that is without doubt, but Keane allows her to tell the reader her story without Aroon ever understanding it herself. She is not trying to mislead us, it is she herself who is misled. Keane creates a scenario whereby reader and author are complicit and Aroon remains entirely in the dark.

Aroon adores her brother Hubert and falls in love with his friend Richard. It is clear to all that Hubert and Richard are the ones who are in love and they use Aroon to hide their secret. Aroon remains oblivious to the painful end, and following an unsatisfactory moment in bed with Richard, she falls back on what she knows best.

My anger and anxiety at the appalling noise he made getting back to his room suffocated and choked down a different sense in me; one of absolute loss. But we had both known how to behave. We had behaved beautifully. No pain lasts.

Aroon’s mother behaves in much the same way, steadfastly ignoring the fact that her husband is sleeping with the help and interacting with her children only when it is called for by society.

Mummie escaped us all. The tides of her painting and her gardening and the spring-tides of her whole life with Papa were as the sea between is – no step we took left a print in the sands.

Her neglect borders on the cruel and yet Keane uses a light touch, mining the dark laconic humour of the relationship between the two women.

“That’s all you know. He charged ten pounds when you were born. It was quite a ridiculous price” She looked through me and back in to the past. “Nothing’s worth it”, she said.

It is easy to empathise with Keane’s anti-heroine. Aroon is too tall, too buxomy and too awkward for the society she lives in. Her mother’s neglect and her father’s easy charm have left her yearning for love and acceptance in a world that relies on surface appearance only. The need to behave at all times cripples her into not having any authentic feelings at all – not love, grief or loss. Throughout the book, everything from financial disaster to thwarted love to the sudden death is briefly acknowledged, then never spoken of again.

Our good behaviour went on and on, endless as the days. No one spoke pf the pain we were sharing. Our discretion was almost complete.

And yet Keane does not allow Aroon to be entirely sympathetic. She may have more of her mother in her than she realises, as is evident when despite the family’s failing financial situation, she turns down a proposal from a mere solicitor. Her lack of understanding does not stop at social situations and relationships, she has no understanding of herself either.

The reason I enjoy other people’s disasters is because they involve my understanding and sympathy in a way their successes never can. I like feeling genuine pity

This utter lack of awareness makes Aroon an appealing figure, but as the book progresses and her situation changes, the similarities with her mother become all the more evident and her good behaviour becomes a way of managing others and managing her own ever decreasing expectations. 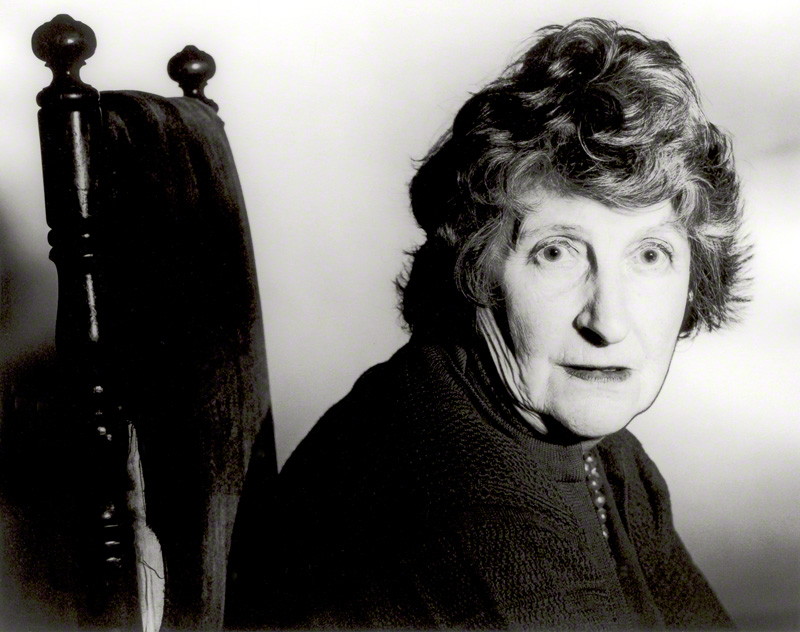 Good Behaviour is beautifully written book and perfectly balances moments of bleak shock and sadness with sharp, dark humour. It is, at times, incredibly funny.

Mrs Brock went straight to the schoolroom lavatory, where she was overtaken by a violent diarrhoea. When she got off the mahogany seat to lift the D-shaped hand-fitting which swirled out the blue-flowered basin she sat down again at once “in case”, that tiny euphemism that covered so much so usefully

It is this balance that makes Good Behaviour such a wonderful novel. The ending is a tense as any thriller when the roles between mother and daughter spin on an axis and the final lines drive you right back to the beginning again, to re-read and seek out gems you may have missed. My first giveaway for Reading Ireland Month will be a copy of Good Behaviour and the recently published biography of Molly Keane by Sally Phipps.

Molly Keane had a fascinating life – like Aroon she was born into Anglo-Irish wealth and rode horses. Her early writing career as MJ Farrell saw her have great success on stage, as her plays were produced by John Gielgud. However, the untimely death of her husband led her to give up writing for over thirty years. Good Behaviour was her return and she was Booker-nominated for it – losing out to Midnight’s Children by Salman Rushdie.

A blog on books and other things literary

reading, writing, not much arithmetic

Continuing to celebrate the pleasures of a 21st century bookworm

Of Books and Reading

Hmmm so I am the Hungry Reader. The one who reads. The one who is constantly reading or wanting to read constantly. This blog is all about the books I have read, the ones that I am reading and gems that I plan to read in the future or whenever it arrives.

Trying to be a better reader, while writing reviews in the process.