Women’s writing in Ireland and Northern Ireland has been put firmly back on the agenda lately, not least with the publications and success of The Long Gaze Back and The Glass Shore, both edited by the inimitable Sinead Gleeson.

These anthologies have won awards, brought new readers to women’s literature and shone a spotlight on forgotten writers, however, they had a predecessor. 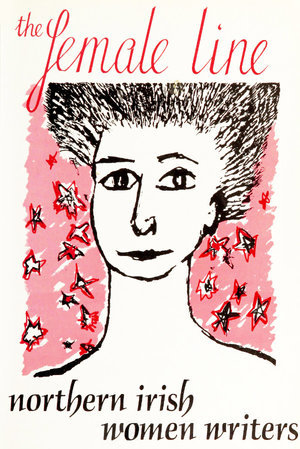 The Female Line was launched on 28 November 1985 at the height of the Troubles in Northern Ireland and was the first anthology of women’s writing from Northern Ireland ever published. The anthology included women who were already professionally writing and those who had never been published before and it featured extracts from novelws, short stories, poetry and drama. Spearheaded by Ruth Hooley (now Carr) and published by the Northern Ireland Women’s Rights Movement, the book sold out in a month and immediately went into reprint.

The Northern Ireland Women’s Rights Movement was established in 1975 to act as an ‘umbrella’ for a wide range of female-led organisations from both Nationalist and Unionist areas of Northern Ireland and to support and help women to co-operate over common problems and societal needs.

Inspired by Virago and the Attic Press in Dublin, The Female Line attempted to address the massive under-representation of women writers in Northern Ireland, in both publishing and in inclusion in academic courses. The anthology also aimed to encourage more women writers towards publication. At the time, Ruth Carr asked,

This silence is ambiguous. Does it mean an absence – there are hardly any women writing? Is it due to suppression – women lack confidence and opportunities to develop their writing? Is it a result of oppression – women are discriminated against in terms of what is taken seriously and which material matters? Or is it a passive resistance by those who find the language so steeped in gender-biased values as to be alien and inadequate to express their meaning?

What the collection did was bring the voices and imagination of women front and centre and provide them with a platform for their shared experiences that had previously not existed.

The themes of female entrapment, identity, abuse, power, motherhood and self-awareness and self-actualisation found in these works are also found in the recent anthologies published which suggests that the voices of women still need to be heard to provide a full and deep knowledge of a culture and place. The Troubles also featured heavily as a theme in The Female Line and gave a different perspective on the much talked about and written about conflict.

Some of the writers included in the original anthology have gone on to great successes, writers like Marie Jones, Medbh McGuckian and Jennifer Johnston. Some were revived by their inclusion, like Janet McNeill, whose books had largely been out of print until the 1980s. Some no longer write. 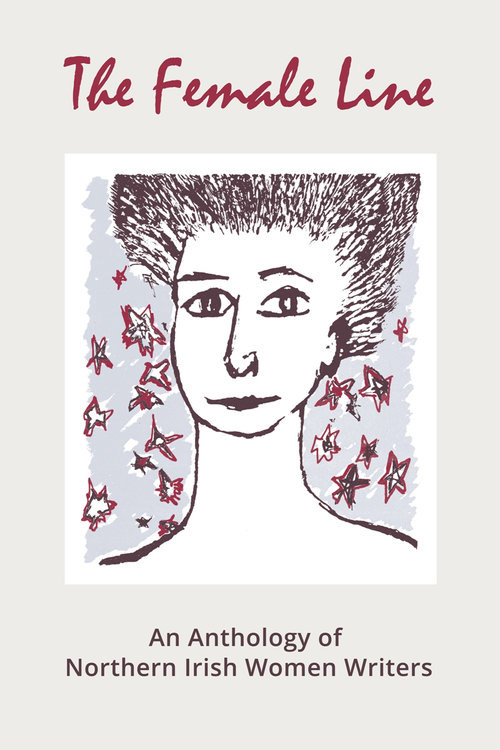 Others deserve to be read more and with this in mind, The Female Line, long out of print and hard to get second hand, has been republished as an ebook by Herself Press. It is available to download from all major online booksellers and is well worth checking out.

At the recent launch for the republication of the collection, it was announced that a new book, Female Lines: New Writing by Women from Northern Ireland will be published by New Island in autumn 2017, bringing the focus to a new generation of women writers from Northern Ireland.

Contributers to The Female Line are:

On my sleep, till I go round with the

Machinery, however can I trust

Your jagged growing, the gender you assume

On a given day? Unmothered by

This extra weight, and jealous of

Your wiriness, I polish the same

Place on the table over and over,

Not regretful of the huts where

Stains around the edge when it’s touched,

But forming messages to wrap

The braided moon in her dwindling,

Exactly when the floor would act that way