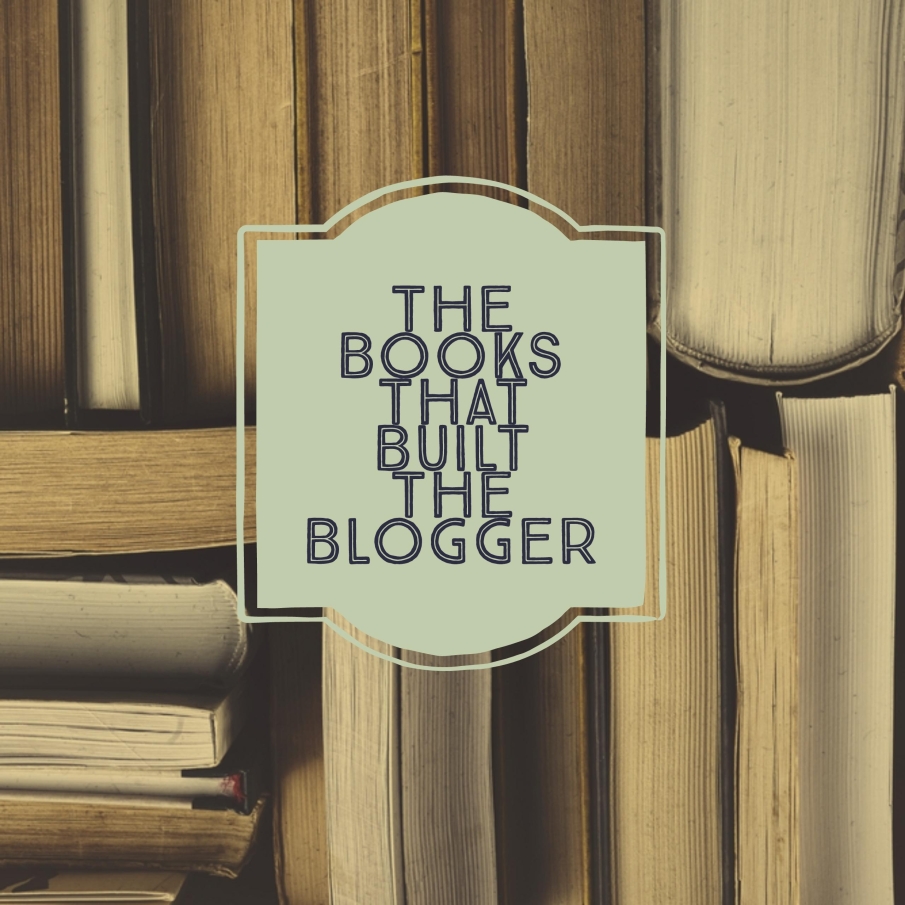 Today on the blog I am delighted to welcome TJ from My Book Strings, a blog I love and one I have followed since I started blogging. TJ has taken a different approach to The Books that Built the Bloggers and I am honoured to have this post on my blog. It’s a beautiful, thoughtful piece about a book that is incredibly special and it reiterates to me the emotional connection we can have to books and the memories they contain for us as readers.

Thank you, Cathy, for including me in your feature about the books that made the blogger. On my blog, I have already written about which books by women have influenced my reading, and I’ve written about some of my books that come with very dear memories. But there is one particular book that I haven’t yet written about. My memories of it are bittersweet, but there is no question that it has had an incredible influence on me as a reader.

When I was 11 or 12, for Christmas, my father gave me a hardcopy of a book with a cover that showed a small man holding a swaddled baby. I started reading the book probably the day after Christmas, and when I was done, I read it again, and then again. When it was time to go back to school, I must have read the book six or seven times in a row. The book was called Willow. It is the story of a land ruled by an evil queen, whose reign, according to prophecy, will end with the birth of a marked child. Naturally, the queen does everything she can to prevent this prophecy from coming true. The book begins with the birth of this child and then tells the desperate attempt by some brave and some not-so-brave beings to save the baby from certain death. 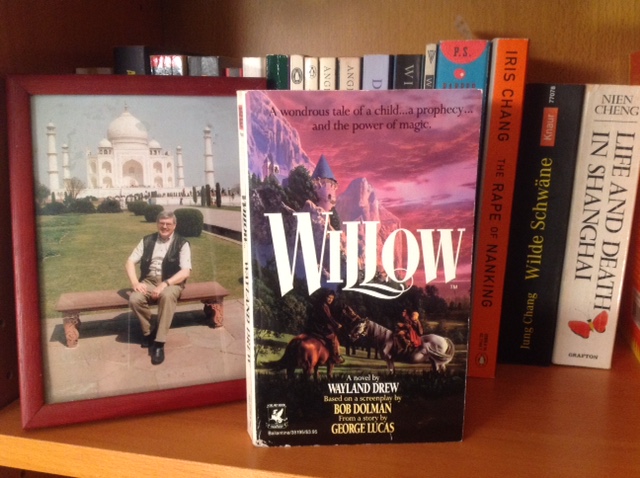 This was the very first fantasy novel I read. I was a child with a very active imagination, and this book opened new worlds to me. Up to that point, I had lived with Anne on Green Gables. I had been best friends with Pippi Longstocking. I had gone on vacation with the Five Friends and been neighbors with Trixie Belden. But when I read Willow—with its unlikely hero and the grand fight of good over evil—I suddenly realized that I didn’t need to be confined to the “real world.” I could invent my own creatures and my own worlds; I could make up stuff I had never even thought of before this book came along. Willow broadened my horizon to make it limitless.

From Willow, it was only a small step to Marion Zimmer Bradley’s The Mists of Avalon, Ursula K. Le Guin’s A Wizard of Earthsea, and Tolkien’s The Lord of the Rings. Once I had read all the fantasy novels my library had to offer, I reached for science fiction. From there, it was easy enough to jump to magical realism, a genre that my father loved. He was a man of few words, but he had a lot to say about his beloved South American writers, and I know it made him happy that I read most of the books he had on his shelves.

It was only after my father passed away that I found out that Willow was written based on a screenplay that was developed from a story by George Lucas. I so wish I could ask my father why he gave me this book. He wasn’t a George Lucas fan as far as I know, and he was very much in the “the book is always better than the movie” camp. Why would he give me a book that started out as a movie script? He always put a lot of thought into the books he gave as presents, so I don’t think he just grabbed it because it was on display when he was Christmas shopping. Maybe he simply got it because he thought I would like it. If that’s it, then he was certainly correct.

I’m sad that I no longer own the copy of Willow he gave me. I would like to say that it must have gotten lost in one of my many moves, so I could blame someone other than me, but no one in my family has ever lost a book. I probably sold it, and I can’t tell you how much I regret that. I would like it back not only because it was a present from my father, but also because I can’t find another one like it. I can’t even find a picture of my edition online.

I reread the book when I decided I wanted to write about it here. It is much shorter than I thought, with much fewer details. The story is very predictable, and as a more critical reader now, I can see where and how the story could be improved—at least in my opinion. But that’s almost beside the point. The important thing is that I can see why I loved it so much when I first got it, and reading it again brought back memories of my younger self and the many other wonderful books I read because of it. When I have a little more time on my hands, I will do research once again, because I want to find just the right copy to pass on to my children, so that they can (hopefully) have a similar reading experience.