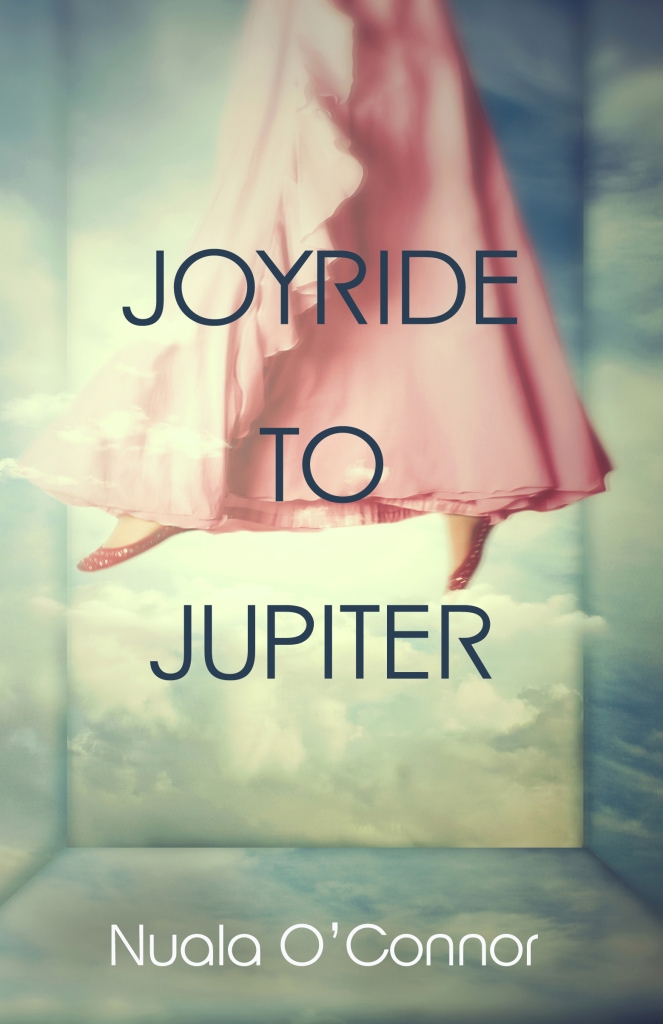 Nuala O’Connor’s stunning new collection of short stories Joyride to Jupiter opens with the line ‘I knew something was going to go wrong as sure as I knew west was west’ and closes with the promise that ‘All will be well.’ Things do go wrong in these stories, sometimes very wrong, but O’Connor moves seamlessly from despair to hope in this witty, humorous and moving collection.

Loss permeates a lot of the stories in Joyride to Jupiter as relationships falter, adulteries happen and familial ties are tested.

In the affecting Tinnycross estranged brothers are fighting over the inheritance of their family home, while the narrator of Consolata looks back on the childhood moment when she caught her father having sex with a nun. ‘How could my Sister Consolata want to be better friends with my father than with me?’

In Futuretense a copywriter for a fragrance company reflects on the suicide of her brother as she comes up with the blurb for new scents; while Squidinky depicts a tattooist grieving for her dead partner.

Yet this is not a depressing collection by any means. What makes these stories successful is the deft blending of wit and tenderness coupled with effective and welcome moments of humour. O’Connor is also skilfully aware of the importance in the short story of allowing nothing in particular to happen; yet when dramatic moments come they feel cohesive and well-timed.

In the wonderfully named title story, a man struggles to deal with his wife’s dementia and her regression into child-like precociousness. She starts wearing tracksuits and cheap teenage make-up and becomes more and more reliant on her husband.

And then she laughed because laughter falls from her now as it never did; it falls and pools around us, the one good thing. I knelt and stepped her feet into her knickers and pulled them up. I put her arms into the sleeves of her blouse and fiddled with the tiny buttons. She was childlike in her pliancy. I kissed her forehead. ‘You’re my dolly’, I said.

Poignancy soon gives way to unease as O’Connor skilfully portrays the unreliability of our narrator and as with all these stories there is a sense for the reader that we are never quite sure where we are going to be taken.

There is a strong sense of place in these stories, from rural Ireland to Naples via Rio de Janeiro, with vivid descriptions of landscape that often catch the breath.

Tonight there is a moon-rind, a nicotined fingernail, hanging low over the lake; above it, a Swarovski sparkler of a star

Being in a place or being away from a place are often the crux of these stories, whether it be a Ukrainian chambermaid watching her child grow up via Skype or a young emigre working in Manhattan and thinking of her mother back in Galway. These characters might as well be on Jupiter for the distance they have to breach.

My face is a shadow. My Mammy’s features blur and slip out of focus. I put my hand to the glass and rub at it to try to conjure her again. And I am flattened by the truth of things; no more than the poor little maneen from Ballinasloe, I will never look into my Mammy’s eyes again.

O’Connor’s characters are often ‘flattened by the truth of things’ and a lot of the stories rest on a moment of realisation and clarity. Whether or not anything will come of these moments of revelation is often tantalisingly left up to the reader.

Narrative voices are well-captured, particularly in the hilarious Penny and Leo in Married Bliss, where Penny’s anger at her belief that Leo is cheating, online and in real life, doesn’t stop her from fantasising about a tryst with the local priest.

Ah, he’s a fine thing though. God forgive me but I’d bounce up and down on Father Hugh Boylan all night, given a chance

The seemingly ironic nature of the title of the story does not play out the way you would expect and the story turns on its head to suggest that happiness comes in many forms.

In Joyride to Jupiter, the shortest pieces are no less affecting, unsurprising given O’Connor’s experience as a flash fiction writer. In Fish a neighbouring man and woman see each other in a state of undress, ‘and none of it could be undone’ while in the affecting Girlgrief a mother deals with the death of her grown son by looking after his daughter she has never met before. The ingenious Yellow verges towards science fiction as couples try to catch flying babies in a net – the style of the story perfectly capturing the surreal nature of infertility treatment.

Joyride to Jupiter is a collection that shows a writer with complete mastery of her craft. The best of the stories hint rather than shout but all are poignant and complex, riding on the dichotomy between hope and despair. She is clear-eyed when exploring the dark realities of human behaviour, but the humour and wit displayed within her affecting prose allow this collection to soar.

Nuala O’Connor AKA Nuala Ní Chonchúir was born in Dublin, she lives in East Galway. Her fifth short story collection Joyride to Jupiter was published by New Island in June 2017. Penguin USA, Penguin Canada and Sandstone (UK) published Nuala’s third novel, Miss Emily, about the poet Emily Dickinson and her Irish maid. Miss Emily was shortlisted for the Bord Gáis Energy Eason Book Club Novel of the Year 2015 and longlisted for the 2017 International DUBLIN Literary Award. Nuala’s fourth novel, Becoming Belle, will be published in 2018.