Jeet Thayil has poured his experience of his years as a drug addict in Mumbai into Narcopolis, a sprawling, hallucinatory journey through Bombay from the 1970s to the present day. 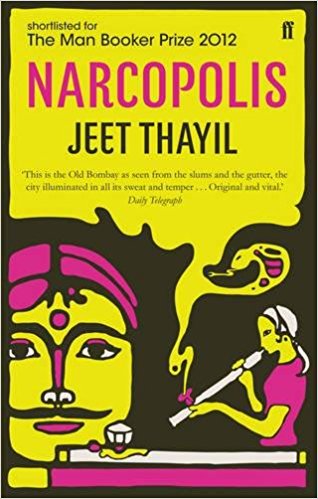 The novel opens with an astonishing Prologue that features one sentence that is over six pages long and sets out Thayil’s goal of creating a microcosm of India in one long Bombay street.

Narcopolis opens in Rashid’s opium house on Shuklaji Street sometime in the 1970s. It is subtly narrated by Dom, a pharmaceutical company proofreader who whiles away hours in the opium rooms. He introduces us to characters who come through the doors – Rashid himself and his son Jamal, his clients and the central character Dimple, the eunuch, who prepares Rashid’s pipes. Slowly and tentatively, we are drawn into their dream-like world.

Shuklaji Street was a fever grid of rooms, boom-boom rooms, family rooms, god rooms, secret rooms that contracted in the daytime and expanded at night.

The narrative slips between one character and another, like wisps of smoke from the opium pipes themselves, floating in various directions. Dom brings a famous painter to the den, and then loses him just before his exhibition is due to open. The opening line of Men At Work’s ‘Land Down Under’ finds its genesis within Rashid’s walls and, in one of the most moving sections of the book, Dimple remembers Mr Lee, a former soldier from Communist China who once showed her the love she never found as a child. Mr Lee’s opium pipes become a talisman throughout the book, passing through characters and time but never leaving the street.

Thayil’s characters are haunted by regrets and grief and for them opium is a way of life, but as the years move on and the hippies come through, hearing of Shuklaji Street in far flung places like Rome and Sydney, change is also on the way. As the economic changes of the early 90s starts to reach India, the opium dens are threatened by a new competitor – heroin.

With this new drug, comes a different way of life. As their customers switch to heroin, Rashid and Dimple are forced to go with the change too. Life on Shuklaji Street becomes tougher, more violent and uncontrolled, just like the lives of the residents. The tragedy of these people, the lowest of the low, the prostitutes, pimps and drug dealers takes on a tragic bent, and Thayil explores the contradictions of Indian life with a grace and skill that is almost elegant.

Drugs are a bad habit, so why do you do it? Because, said Dimple, it isn’t the heroin that we’re addicted to, it’s the drama of the life, the chaos of it, that’s the real addiction and we never get over it; and because, when you come down to it, the high life, that is, the intoxicated life, is the best of the limited options we are offered – why would we choose anything else?

The residents of Shuklaji Street have nothing else to choose, although Dimple finds solace in books and reading and occasional trips to the beach. Some try and mostly fail at rehab, some find comfort in the Muslim religion but all are clear-eyed enough to know that when you live on this street, there is nowhere else to go.

when you go to school you realize how little it means, because this street belongs to whoever takes it. Today it is ours; tomorrow someone else will take our place.

As Dom, our narrator returns to Shuklaji Street thirty years on, he finds a sadder, darker world. The changes brought about by heroin make the opium rooms of the 1970s seem almost innocent in comparison.

Thayil writes beautifully about the lost and the vulnerable and he captures the noise, smells and chaos of Bombay to stunning effect. It is clearly a city that he himself feels conflicted by, but a warmth and compassion for these characters shines through his lines, as they try to escape the torment of Bombay through the opium pipe. Narcopolis is reminiscent of Jesus’ Son, Denis Johnson’s wonderful collection of stories about drunks and drug-addicts.

The lack of plot and languid nature of the narrative can be a bit frustrating and a tighter structure may have benefited the story as a whole.

As I read Narcopolis, I did wish I knew a bit more about Indian history and culture as I think that the book would be a richer one for that, but I very much enjoyed this novel and will check out more of Thayil’s work. 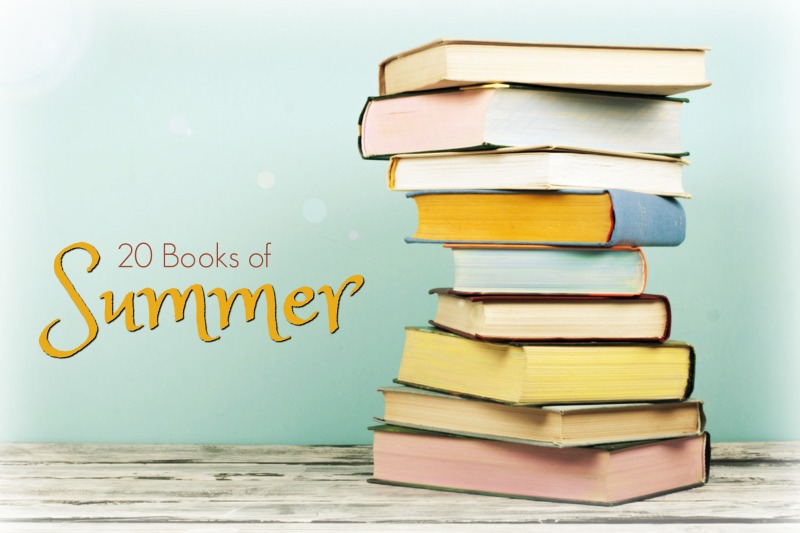