This short novel, of three interlinked stories is a startling and unusual read. Set in contemporary South Korea, it features a young married woman, Yeong-hye, who decides one day, out of the blue, to give up eating meat.

Such a seemingly innocuous decision will end up having devastating consequences both for Yeong-hye herself and for her wider family members. Han Kang even seems to go as far as to suggest that this one small act of defiance can threaten the very fabric of Korean society that values conformity, family values and obedience in women above all else.

The novel is structured in three parts. In the first section, Yeong-hye’s husband Mr Cheong narrates. As the book opens, he believes his wife to be a very ordinary woman and that is the way he likes it.

Ultimately, I settled for a job where I would be provided with a decent monthly salary in return for diligently carrying out my allotted tasks, at a company whose small size meant they would value my unremarkable skills. And so it was natural that I would marry the most run-of-the-mill woman in the world. As for women who were pretty, intelligent, strikingly sensual, the daughters of rich families; they would only ever have served to disrupt my carefully ordered existence.

He is not unhappy to be with her, but neither is their marriage driven by any great passion. Her sudden decision to become a vegetarian, following a terrifying dream, is the first crack in this very ordinary marriage. His concern is less for his wife and more for how her behaviour will impact upon his standing and eventually, at a family dinner, tensions come to a horrifying conclusion.

The middle section of the book focuses on Yeong-hye’s brother-in-law, known only as J, a video artist who becomes obsessed with Yeong-hye’s body.

It called to mind something ancient, something pre-evolutionary, or else perhaps a mark of photosynthesis, and he realized to his surprise that there was nothing at all sexual about it; it was more vegetal than sexual.

The final section is narrated by Yeong-hye’s sister, Ing-hye, who struggles with her sense of familial duty. She continues to look after the sister who has wrecked her marriage, and comes to a slow understanding of Yeong-hye’s need for self-destruction.

She’d been unable to forgive her for soaring alone over a boundary she herself could never bring herself to cross, unable to forgive that magnificent irresponsibility that had enabled Yeong-hye to shuck off social constraints and leave her behind, still a prisoner. And before Yeong-hye had broken those bars, she’d never even known they were there.

Throughout this, Yeong-hye’s vegetarianism becomes more strident until she is refusing all food and demanding only water. It slowly becomes clear that her reality and the reality of those around her is an incredibly fragile thing.

In all three parts of the book, Han Kang shows how society constrains the individual, through family responsibility, marital conformity and institutional rules to the extent that natural desires and passions are dangerously contained. Yeong-hye’s small act of rebellion, her decision to no longer eat meat, is the catalyst for a break down in norms and the internal world explodes out with violent and lustful consequences.

The violence and the desire erupt seemingly from nowhere. Yeong-hye’s father, frustrated by his daughter’s defiance, assaults her and tries to force-feed her in front of her whole family. Yeong-hye responds by attempting to slit her wrists. In hospital, Yeong-hye is again force-fed, the violence of the episode feeling particularly brutal for taking place within a health-care institution.

In her attempt to establish her own identity, outside of the constraints that society places on her, Yeong-hye is crushed, vilified and mistreated, but clings on to the one thing she has control over – the decision to eat, or not to eat.

It’s your body, you can treat it however you please. The only area where you’re free to do just as you like.

The Vegetarian is a striking book, both for the subject matter and for the lush, potent imagery which raises provocative questions about bodily autonomy, desire and relationships. Han Kang is well served by translator Deborah Smith, who manages to convey the differing voices and rising tensions of each section of the novel. 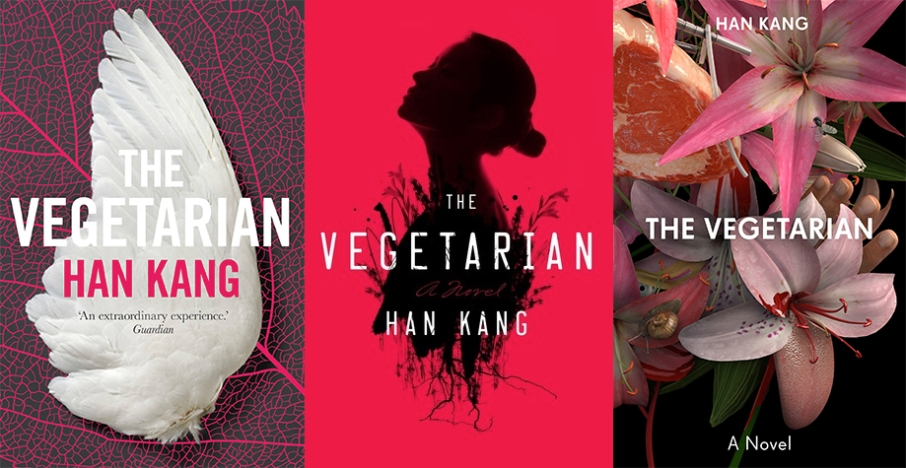 My edition of The Vegetarian is bookended by a short story The Fruits of My Woman from which The Vegetarian stems. It’s interesting to see how the much more supernatural elements of that story are pared back in the novel. In the story, the main character literally turns into a plant, but this is shown as an escape from her regimented life – a way for her body, ironically, to find freedom.

I read The Vegetarian as part of my on-going Novels in Translation 2018 challenge and it has been my highlight so far. A worthy winner of the 2016 Man Booker International Prize.