I’ve recently been reading a lot of fiction set in India but not a lot of it in translation. I had made note of Ghachar Ghochar due to the fact that Faber had published it with a cover very similar in style to Seamus Heaney’s original edition of Death of A Naturalist. 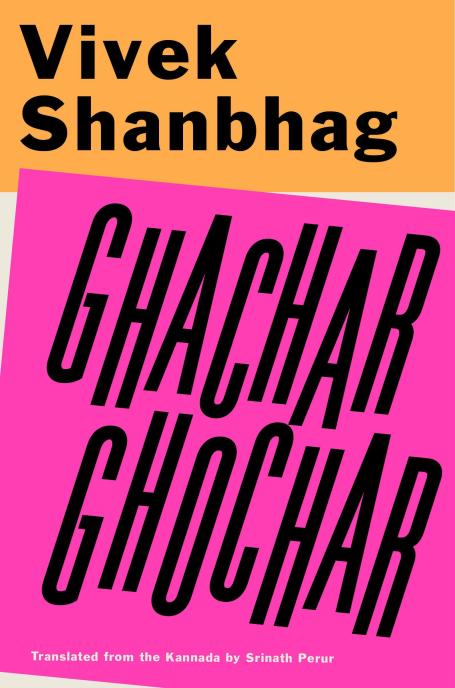 I was delighted then when my favourite bookseller, David at No Alibi’s, gave me a proof copy when I was recently in the shop (you won’t get that with Amazon!).

Vivek Shanbhag’s Ghachar Ghochar is not what you typically expect from a book hailed as the next ‘Great Indian Novel’. Previous novels upon which that title was bestowed – Midnight’s Children or The God of Small Things – are sprawling familial epics, traversing years and characters.

This slim novella – at just over 100 pages – subtly translated by Srinath Perur from the south Indian language of Kannada, tells a family story that can also act as a metaphor for modern India.

The critical comparisons to Chekhov are understandable as Shanbhag astutely depicts the tensions and alliances within one family with a power and precision that relies as much on what is unsaid as on what is said.

The book opens as our unnamed narrator takes his morning coffee at the Coffee Shop in Bangalore. We discover that this is his daily refuge, a place where he comes to because he has nowhere else to go. He takes comfort from the benevolence of his waiter Vincent and remembers a former lover Chitra, whom he used to meet there and who told him stories about women she met in her job at a women’s welfare organisation.

The reason our narrator has nothing to do but sit in a Coffee House is down to his family’s recent change in circumstance. Previously, they were all living in a small four-room ant-infested house – mother, father, son, daughter and uncle. Space was tight, living conditions cramped, yet

The whole family stuck together, walking like a single body across the tightrope of our circumstances.

When their father loses his job, their uncle Chikkappa starts a spice business and suddenly the family are elevated by new-found wealth. This brings material changes as they move house and buy all the things they could never previously afford, but it is the psychological ramifications of this change in circumstance that interests Shanbhag. The whole family continue to stick together to such an extent that they close ranks with a brutal ruthlessness as shocking as it is unexpected.

It’s true what they say — it’s not we who control money, it’s the money that controls us…When there’s only a little, it behaves meekly; when it grows, it becomes brash and has its way with us. Money had swept us up and flung us in the midst of a whirlwind.

As they close ranks, a sense of claustrophobia grows. Any relationship outside of the family circle seems doomed to failure and their wealth brings them little happiness. The narrator becomes Company Director but is never expected to go to work. His mother dedicates herself to her kitchen. His sister, Malati divorces almost as soon as she marries and our narrator fares little better. He marries Anita, yet her presence in the family home elicits only barely concealed animosity and rage.

A strange woman calls to the house to speak to Chikkappa and is treated with a contempt that borders on the criminal. When Anita questions their behaviour, it is clear that all is not going to end well.

The title of the book is a nonsense phrase used by Anita to describe something tangled beyond repair – a knot that cannot be undone and is a telling metaphor for the family circle.

What can I say of myself that is only about me and not tied up with the others? Wherever I try to start, I quickly run into one of three women . . . each more fearsome than the other.

The real skill of Ghachar Ghochar lies in what is left unsaid. There is a brevity to the narrative that leaves enough space for the reader to imagine what is being hinted at within the minds of the characters.  Sentences can turn on a seemingly simple choice of words.

I knew that tea shouldn’t lead to a broken arm, or a forgotten key to murder. It wasn’t about the tea or the key: the last strands of a relationship can snap from a single glance or a moment of silence.

Innocuous events such as an ant infestation to the cooking of a favourite breakfast contain terrifying undertones of what this family just might be capable of and make for a gripping read.

Of course, the art of what to say and what not to say is also one of the key elements of translation and Shanbhag is well served by Srinath Perur whose excellent translation mirrors the subject matter of the book. He has captured the furtive, internal nature of the prose, hinting at a danger that is never fully confronted. 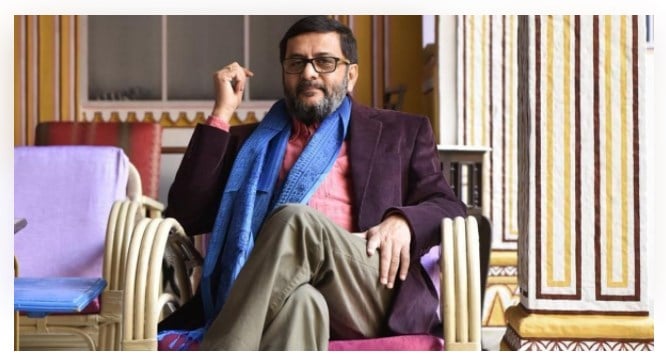 Ghachar Ghochar works as a cautionary tale on the perils of sudden upward mobility and as a parable for the wider economic boom that India has recently experienced on a macro scale. It also focuses on the treatment of women within Indian society in a subtle and insightful way. Despite this, it is also a humorous book, the comedy dark and undercut by a quiet menace and some chilling truths.

I read Ghachar Ghochar as part of my Novels in Translation Challenge 2018 and can highly recommend.

A writer and her reading.

A classic is a book that has never finished saying what it has to say. – Italo Calvino

What I've been reading