2019 is shaping up to be a great year for contemporary Irish fiction, with a raft of great books being published, from striking debuts to anticipated future classics. I’ve rounded up a list of books that I’m particularly looking forward to this year!

Sarah Davis-Goff is one-half of published powerhouse Tramp Press, but here turns from publisher to author with her debut dystopian novel. Ireland has been decimated by an otherworldly plague called the ‘skrake’. When Maeve, the woman who raised her becomes infected, Orpen, brought up on a small island, must make the decision to kill her, or to try to save her. Embarking on a search for a cure, Orpen sets off with Maeve in a wheelbarrow and her dog at her side, on a journey that will test her to her limits and allow to her to discover who she really is and of what she is capable.

Now. Can someone also please buy the adaptation rights and make a movie of this, because it sounds just fantastic! 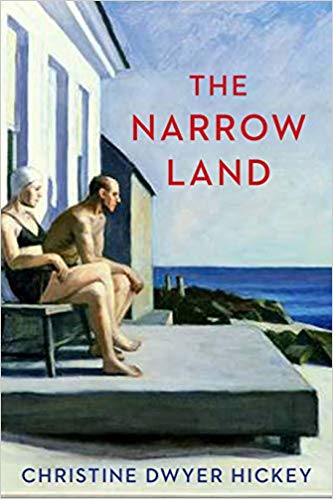 Published this week, multiple award-winning Dubliner Christine Dwyer-Hickey returns with this story set on Cape Cod in late summer 1950. A 10-year-old German war orphan and the son of an American officer killed in action strike up an unlikely friendship with artists Edward and Jo Hopper.

Early reviews suggest this is a winner, check out Jackie’s great review here

Things In Jars by Jess Kidd

I am not entirely sure that Ireland can claim Jess Kidd, but this London-Irish writer returns in 2019 with her third novel Things in Jars.  Following the magic realism of Himself and the eccentricities of The Hoarder, Things in Jars is a Victorian detective novel featuring a formidable protagonist – Bridie Devine.

You Will Be Safe Here by Damian Barr

Already named as a highlight of 2019 by the Guardian, Observer and Financial Times, You Will Be Safe Here is a compelling novel set in South Africa during the Boer War of 1901 and the present day. Inspired by real events, it uncovers a shameful hidden history linked to a shocking present-day secret, while exploring humanity’s capacity for cruelty and forgiveness.

Her Kind by Niamh Boyce

I am personally very keen to read this re-imaging of the events leading up to the Kilkenny Witch Trial of 1324, which weaves historical testimony with a #MeToo sensibility. The novel tells the story of Petronelle and her daughter who seek refuge in the home of a friend, only to find that there are greater forces at work that threaten the stability of their existence.

A Book of Bones by John Connolly

Ireland’s master of macabre crime returns this year with the seventeenth installment of his groundbreaking Charlie Parker series. From Maine, to Amsterdam to the Mexican Border, Charlie is once again hell-bent on avenging the world’s ills.

The Fire Starters by Jan Carson

Jan Carson’s new novel is a fantastic achievement (I know, I have read it!) that deserves to thrust its author into the limelight.

Two very different fathers are worried about their children for very different reasons. Over a hot summer, Belfast is in flames, fires springing up across the city, courtesy of the mysterious fire-starter. Moreover, what of the children who are discovering that they have strange powers – powers they either cultivate or hide? Marrying magic realism with moving characterisation, The Fire Starters is an unforgettable story of the pain of parenthood and the wish to be special. Highly recommended.

Joseph O’Connor’s new novel is a late 19th-century saga featuring theatre manager Bram Stoker, actor Henry Irving (one of the main inspirations for Dracula) and leading lady Helen Terry. I don’t know about you, but a period novel set in the theatre world detailing the experiences that led to the creation of one of the most famous books of all time, is right up my street!

Anticipation is building for the new novel from singular writer Kevin Barry that features ailing Irish gangsters, a missing girl, the occult, sex, death and narcotics. I think we can agree that whatever the plot, Night Boat to Tangier is bound to feature Barry’s darkly comic sensibility and be one of the most talked about Irish books of the year.

Lost You by Haylen Beck

Haylen Beck – otherwise known as Northern Irish crime writer Stuart Neville – returns this year following his 2018 thriller Here and Gone. Lost You features a mother fighting to discover the truth concerning the whereabouts of her missing son. If it is as good as his previous thrillers, we can anticipate a tight and well-paced thrill ride.

Gone to Earth by Maurice Leitch

Silver’s City, Maurice Leitch’s classic crime novel was re-issued last year to great acclaim. Following on from that, the exceptional Turnpike Books – who publish new editions of classic Northern Ireland writers – will publish Leitch’s new novel Gone to Earth features a fading US popstar and an Irish blueshirt who come together on the Torremolinos coast in the aftermath of the Spanish Civil War.

The Chain by Adrian McKinty

Adrian McKinty takes a break from his fantastic Sean Duffy series, with The Chain, a standalone thriller that replaces chain emails with chain child abductions. Your child has been kidnapped. To get them back, you must kidnap another child and wait until that child’s parents do the same. Only then will your child be freed.

To call The Chain high concept is an understatement, but if anyone can pull this crazy premise off, it is McKinty. In addition, for the Sean Duffy fans, there will be a new instalment before the end of the year! 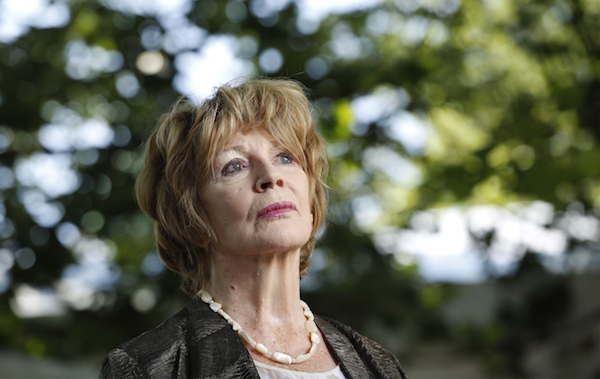 Probably the most highly anticipated new release in Ireland this year sees the queen of Irish literature Edna O’Brien turn her gaze from Irish County Girls to abducted Nigerian girls, victims of Boko Haram. Faber promises ‘a brutal story of incarceration, horror, and hunger; an escape into the further terrors of the forest; and a descent into the labyrinthine bureaucracy and hostility that awaits a girl who returns home with a child blighted through enemy blood’.  Unmissable.

I Have You Now by Conor O’Callaghan

Ok, so this one is a wee while off but I am INCREDIBLY excited for the new book by Conor O’Callaghan as his last novel Nothing On Earth was one of my favourite reads of 2017. So far, what we know is that I Have You Now follows a father and daughter as they journey through present-day France in a haulage lorry. “Emerging from terrible heartbreak and personal trauma, man and girl confront their recent pasts in an attempt to rebuild themselves and each other,” said the publisher. “Written in the exquisite, haunting prose that established O’Callaghan as a major literary talent back in 2016, this is a powerful exploration of grief, shame, and the darker sides of love.”

I cannot wait for this one….

So, there you have some fantastic books that will be coming out of Ireland over the coming year, I’m sure there are many more that I have missed, so if you have any on your radar that I have left out, do let me know in the comments! Are there any here that take your fancy?