Following on from my post about forthcoming novels by Irish writers to look out for in 2019, here are a few short story collections that are being published this year that I am particularly interested in.

Show Them A Good Time by Nicole Flattery

Nicole Flattery’s debut collection Show Them A Good Time has just been published by Bloomsbury to great critical acclaim, with the Irish Times noting that the collection ‘heralds a rising new star’ in irish literature.

Show Them a Good Time explores types – men and women, their assigned roles and meanings – in modern society.

A young, broke Irish woman narrates her relationship with a successful comedian in New York; two hapless university students take to the stage in a bid to assert their autonomy; a schoolteacher makes her way through a series of dead-end dates, gamely searching for love or distraction as the world teeters towards ruin. The characters are haunted as much by the future as they are by their pasts.

Definitely a collection to look out for – you can read Nicole’s story Track at The White Review. 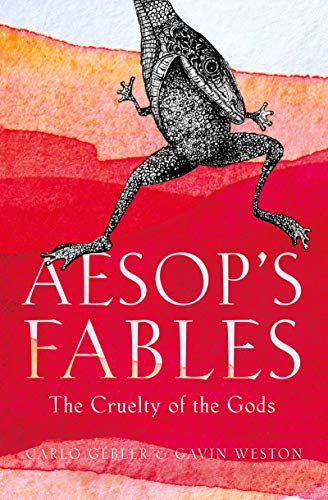 Aesop’s Fables: The Cruelty of the Gods by Carlo Gébler and Gavin Weston

I am a big fan of Carlo Gébler who is one of Ireland’s most prolific and respected writers. His many novels include The Wing Orderly’s Tales, The Dead Eight, The Cure and most recently, The Innocent of Falkland Road, inspired by his youth in London. He is also the author of several novels for children, and works of non-fiction including his biography of his father, Ernest Gébler, The Projectionist.

Published by New Island Books, this collection promises to strip back the Aesop’s Fables we all know to show the dark side of these fables that were meant to be read to children. As the publisher says:

We live with arbitrary modern gods, demagogues and tyrants. They run our world. And we are just as stupid, weak and delusional as ever. Gébler has purged these tales of all the moralising clutter and guff, which they were covered over with by Victorian and early twentieth century popularisers. Burnished and incendiary, this collection allows Aesop to sing in his own voice so we can hear the truth again. It has never been more necessary than now.

Adapted by Gébler and illustrated by Belfast artist Gavin Weston, this promises to be a fascinating retelling of these well-known tales.

Eimear McBride, Kit de Waal and Sally Rooney are among the writers from “Ireland’s current golden age” who are to feature in an anthology for Faber and features newly commissioned works from writers including Louise O’Neill, Paul McVeigh, Kevin Barry, Lisa McInerney and Arja Kajermo.

“Being Various has a brilliant array of writers making waves in the twenty-first century, from lauded names to newcomers ranging from their twenties to their sixties; Irish by birth, by parentage, or residence.”

This promises to be a really ground breaking anthology and that cover is just beautiful. 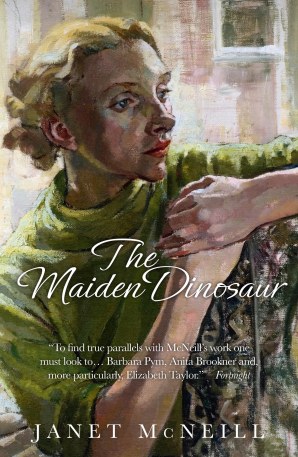 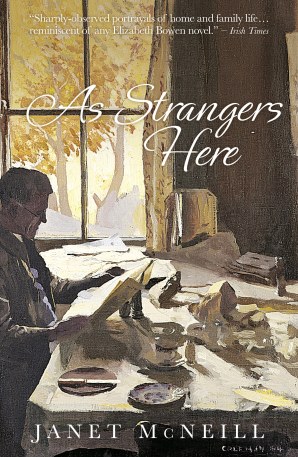 So Much To Tell You by Janet McNeill

The wonderful Turnpike Books publishes a series of Northern Ireland’s literature, neglected authors such as Shan Bullock, St John Ervine and Janet McNeill alongside acclaimed writers such as Benedict Kiely.

They are particular champions of the work of Janet McNeill and have published The Small Widow; The Maiden Dinosaur and As Stranger’s Here. It was great then to hear that they plan to publish two more Janet McNeill books in September – the classic Tea at Four O’Clock and a collection of short stories, So Much To Tell You.

One of her stories appeared in The Glass Shore – the anthology of short stories by women writers from Northern Ireland – but this is the first collection of her stories that has been published.

From unwanted teachers gifts to estranged family relationships, in his first collection Ian Sansom explored the darker side of the festive season. More has been promised so we will just have to wait and see if December Stories II will appear in our Christmas stockings!

I reviewed December Stories I at the end of last year for my Northern Exposure series.

Again, I have no publication date for this, but No Alibis Press have just closed their submission for a short story anthology of Irish Writing, due for release this year.

A spin off from the legendary No Alibis Bookstore, No Alibis Press is one of Ireland’s newest publishers, and to date they have published Disorder by Gerard Brennan and December Stories by Ian Sansom. Their mission?

to find extraordinary novels with a strong voice that aren’t afraid to be themselves, get them suited and booted and unleash them on the book-devouring public

Sure you can’t be bad to that!

So there you have it – just a few of the short story collections I am looking forward to this year.

Are there any there that take your fancy?