This week Ali over at HeavenAli is hosting a Daphne Du Maurier Reading Week. Like most people, my knowledge of Du Maurier is limited to Rebecca. I saw and loved the movie years ago and recently read and loved the book. I have always meant to read more of her work so this week was a great opportunity to explore further.

What I did not know is that Du Maurier is a really terrific short story writer. On a trip to the library with the kids the other week, I spotted the Penguin Modern Classics edition of Don’t Look Now and Other Stories and was intrigued. I am so glad that I picked this collection up, as it is full of suspenseful, perfectly structured stories that veer between thriller, horror and sci-fi. 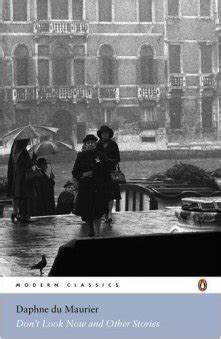 The stories in Don’t Look Now are packed full of action. This is not always the case in short story collections, which tend to focus more on mood and character. Here Du Maurier has written five stories, which could all be built upon to become novels in their own right; such is the detail of plot and setting. The stories here feature psychic dwarves, lost children, drowned holidaymakers, terrorists and the scientific search for life after death. Things happen to DuMaurier characters, things that have the power to change their lives and not always for the best.

The collection opens with Don’t Look Now, the basis for Nicolas Roeg’s classic film, but the story is so wonderfully constructed that it not only comes out from under the shadow of that iconic movie, it eclipses it. John and Laura have taken a holiday in Venice, to try to get over the death of their daughter from meningitis. By chance, they meet two elderly sister, one of whom claims to be able to see their dead daughter. John is skeptical to the point of anger, but for Laura this is a lifeline – a way to break through her debilitating grief. Their differing reactions to the premonition of the sisters will change the course of their lives forever.

In the standout story Not After Midnight, a teacher from England holidays in Crete, hoping to get some peace to indulge in his side project of landscape painting. That peace is shattered by an encounter with an obnoxious drunk American who insists on disrupting our narrator’s holiday in the most disconcerting fashion. What really happened to the previous tenant of the holiday villa who was found drowned after a night swim and what exactly do the American couple do out in their boat all day? DuMaurier perfectly marries ancient myth and modern chills to great effect here, crafting a story of page-turning intrigue and heartrending pathos.

In the perfectly titled A Border Line Case, a young actor, Shelagh is thrown adrift by the sudden death of her father and decides to travel to Ireland to find Nick, his father’s one-time best friend and best man at her parents wedding. In an attempt to uncover the reason for the rift between Nick and her father, Shelagh uncovers evidence of Nick’s IRA activities while falling for him at the same time. Their encounter will have devastating consequences and bring to the fore a life-changing secret.

The Breakthrough sees Du Maurier move into science-fiction territory as electronics expert Saunders is sent to work on a top-secret research project in Saxmere, only to find himself in the middle of an experiment to capture the soul as it leaves the body after death. The Breakthrough, with its focus on experimentation and the search for a way to live after death, has echoes with DuMaurier’s novel The House on the Strand, which I will review later in the week. 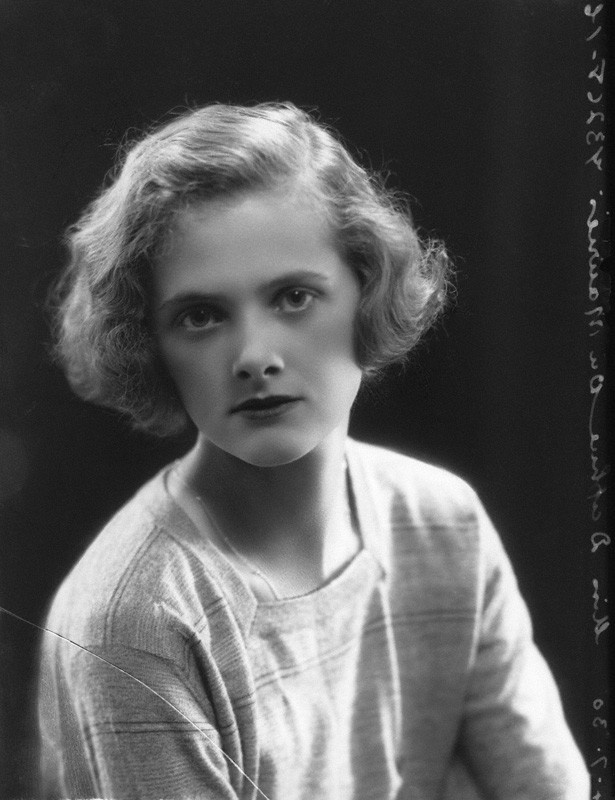 The strength of these stories comes in part from Du Maurier’s great ability in creating a sense of scene and place. In all the stories here, our protagonists are on trips – holidays or work placements – all out of their comfort zones and as such, open to behaviours that they might not indulge in at home.

This is most evident in The Way of the Cross – a story about a group of friends from middle England who are on a pilgrimage to Jerusalem where the enlightenment they find is less of the religious kind. A series of misunderstandings and near accidents means that each member of the group comes to realise what the rest of the group, and even their spouses, really think of them.  A great comic story in its own right, The Way of the Cross jarred for me in this collection, only because it was so different in tone from the rest of the stories. The sense of foreboding tension was still present, but it lacked the moral ambiguity and careful plotting of the rest of the book.

Where Du Maurier’s stories really succeed is by putting relatively comfortable, settled characters into an unknown and unusual situation that excites their curiosity and raising the stakes slowly until their entire comfortable existence hangs in the balance.

Death looms large over these tales, either as the catalyst to start the story, or as the possible and often probable outcome at the end and if her protagonists come to a bad end, Du Maurier makes it clear that it is usually because their own curiosity got the better of them.

This refusal of comfort is what makes the stories so successful. Du Maurier excels in quickly creating a believable world, plunging her protagonists into it and asking the reader to bear witness to whatever will befall them. Her mastery of setting, atmosphere and misdirection mean that even when we have an idea of where these stories might be going, we can be sure that she will wrong foot us every time and leave us with an open-ended, but delicious ambiguity.

As Saunders says in the final pages of The Breakthrough,

Now … now my faith was waning. Perhaps we had been wrong, tricked by our own emotions…The ultimate questions would never receive their answer, either from us, or from anyone.