The House on the Strand would have been a surprise to me had I not recently read Du Maurier’s short story collection Don’t Look Now and Other Stories and particularly the story The Breakthrough.

Given that my only previous knowledge of her work was Rebecca, I was not expecting an entertaining slice of historical science fiction; however, having read her short stories I now know that Du Maurier cannot be pigeonholed. 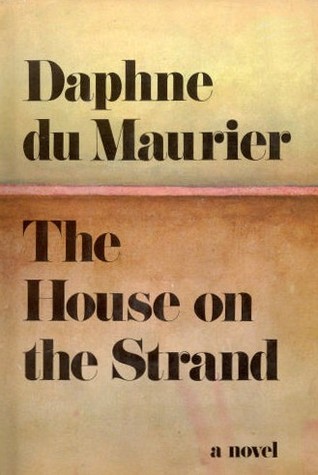 Like many of the stories in Don’t Look Now, The House on the Strand concerns a man who goes on holiday only to discover a world that he could never have imagined, and whose curiosity will be his downfall.

Dick Young is a man caught, quite literally, between worlds. He is at a turning point in his life where he has to make some tough decisions about his future. He has resigned from the publishing house in London where he has been working and his American wife Vita, wants Dick and her two sons to settle in New York, where a job awaits him in his brother-in-law’s firm. Dick, it seems, doesn’t know what he wants, either in his career or in his marriage. He is not keen on the idea of moving to the States, but neither does he have a plan for what to do if he stays in England.

When Dick’s childhood friend, physicist Magnus, offers him Kilmarth, his home in Cornwall for the summer, Dick sees the break as a chance to clear his head and make some decisions while Vita and the boys are in America. However, there is a catch. Magnus has developed a new drug and in exchange for staying in the house, he wants Dick to be his guinea pig and test the drug, which appears to have the ability to transport the user back to the same area in the 14th century.

Dick tries the drug and on each ‘trip’ is witness to the lives of a group of people who lived on the land centuries before. He seems to shadow a steward called Roger and becomes immersed in a world of familial intrigue, betrayal and adultery. In particular, he becomes particularly drawn to the beautiful Lady Isolde, despite being unable to speak to, touch, or intervene in these past lives.

An eavesdropper in time my role was passive, without commitment or responsibility. I could move about in their world unwatched, knowing that whatever happened I could do nothing to prevent it – comedy, tragedy or farce – whereas in my twentieth-century existence I must take my share in shaping my own future and that of my family.

These trips to the 14th-century provide Dick with an escape – a means to ignore the stalemate in his own life and live as a mere observer, freed from any responsibility. Given his current torn state, this proves irresistible and he becomes addicted to taking trips back in time. When his wife and stepsons arrive to stay, he finds that they severely curtail his free time and ability to fall into the past, driving a greater emotional wedge between them. 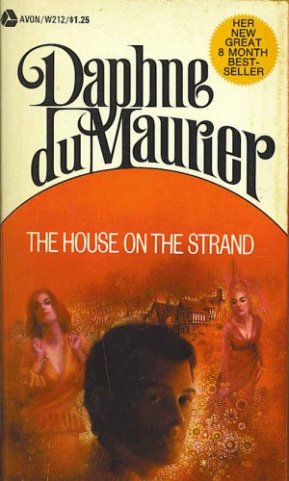 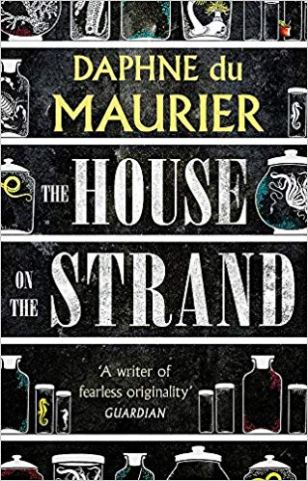 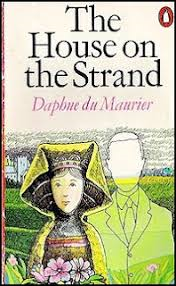 Added to this, Dick is starting to realise that there could be physical repercussions to his trips – not least because it is his mind, and not his body that travels to the past, so his current body is wandering in a landscape unaware of roads, trains or cliff edges.

As a metaphor for one man’s inability to face up to the reality of his own life, the time-travel aspect of the novel is a wonderful conceit. As a local doctor, who discovers Dick after one of his trips notes,

The world we carry inside us produces answers, sometimes. A way of escape. A flight from reality. You didn’t want to live either in London or in New York. The fourteenth century made an exciting, if somewhat gruesome antidote to both

As Vita becomes concerned about Dick’s odd behaviour, the two worlds he is inhabiting start to blend, leading to confusion and strange physical symptoms. The adventure is brought to a head when Magnus announces that he is coming to visit, but mysteriously disappears on his way to Kilmarth, highlighting the danger they are toying with. However at this point, Dick is too far-gone and his obsession with life thousands of years ago has taken over, with dire consequences.

His interest was scientific, unemotional; it did not really concern him who was broken in the process so long as what he was attempting to prove was proved successfully; whereas I was already caught up in the mesh of history: the people who to him were puppets of a bygone age were alive for me.

The House on the Strand is an intricate and enjoyable book that takes a science fiction trope and uses it to examine the nature of time and the human need to find a place in the world. For me, the time travel aspects were not the most interesting aspect of the novel. In fact, despite a very realistic evocation of life in the 14th-century, I found it hard to engage with the intricate plots and numerous characters that Dick shadowed on his trips. The characters in the past feel slight, not fully fleshed out meaning that at times I found it hard to understand the pull that they had on Dick.

However, what Du Maurier does beautifully is to depict a landscape upon which the past still has an effect. She is skilled at creating a vivid setting and this is no different, only in this instance the emphasis is on how, despite the changes wrought on a landscape over the years, the fundamental core of a place remains unchanged. Houses and boundaries may disappear, but traces are left, traces we can see if we look close enough. By exploring the past of this country, Dick looks at the present anew and the interconnected nature of time and of place are emphasised.

Now, watching the express disappear round the bend in the valley, I observed the terrain from another angle, and realized how the coming of the railway over a hundred years ago must have altered the sloping fields, the line literally dug out of the hillside. There had been other disturbers of the peace besides the railway. Quarries had scarred the opposite side of the valley on the high ground where the tin and copper mines had flourished a century ago….

In some ways, Dick becomes a literal historian, travelling through the past to see what it can tell him about the present and about his future.

To me, it proved that the past was living still, that we were all participants, all witnesses. I was Roger, I was Bodrugan, I was Cain: and in being so was more truly myself

This being Du Maurier, I did not expect a happy conclusion and true to form, she shows the consequences of taking curiosity just that one step too far as Dick takes one last fateful trip after hiding the last of the drug in the head of a walking stick. If you have read the novel, the irony of the hiding place will not be lost on you and the book ends sharply in a chilling manner that will leave you yearning to know more.

I am thankful to Ali for organising this Du Maurier Reading Week. Despite owning this and a few other of her novels, I would not have rushed to pick this up and I certainly would not have had the opportunity to enjoy Du Maurier’s short stories. I feel like I have discovered a new author and look forward to reading more of her work. You can check out the other posts from Du Maurier Reading Week at Ali’s dedicated page here.