Dominick Dunne is well known for all manner of things – a celebrated journalist at Vanity; brother-in-law of Joan Didion and father of actor Griffin Dunne – but he has chiefly became known as a chronicler of high profile murder cases among the rich and famous in Hollywood.

There is good reason for this. His own daughter, Dominique, was murdered by her abusive and obsessive boyfriend John Sweeney in 1982 at the age of just 22. Talented and beautiful, Dominique herself was a rising star, most notably playing the elder sister in the movie Poltergeist, and her murder and the subsequent trial of John Sweeney rocked Hollywood.

Sweeney served only two and half years for Dominique’s murder and this collection of articles, all originally written for Vanity Fair, documents Dunne’s fascination with murder trials that explore the blurred lines between fame, wealth and violence in Los Angeles.

The collection opens with his essay on his own daughter’s trial – a lacerating and emotional read that explores the impotence felt by the family members of murder victims and the fickle nature of the American justice system.

Throughout the book, he goes on to cover the trials of the Menendez brothers for the shotgun murder of their parents; Claus von Bülow for the attempted murder by insulin overdose of his wealthy wife Sunny and the bizarre death of banker Edmond J. Safra in Monaco. The ongoing mystery surrounding the death of a young woman, Martha Moxley, whose supposed murderer Michael Skakel had links to the Kennedy family, is also examined (Skakel’s conviction was overturned just this year). 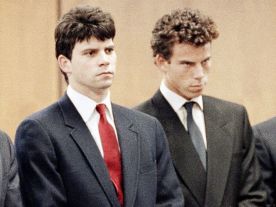 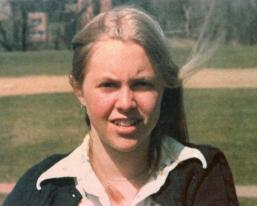 However, the majority of the pieces here relate to the trial of O.J. Simpson – the ultimate celebrity trial – and Dunne’s coverage of it.

The Simpson case is like a great trash novel come to life, a mammoth fireworks display of interracial marriage, love, lust, lies, hate, fame, wealth, beauty, obsession, spousal abuse, stalking, brokenhearted children, the bloodiest of bloody knife-slashing homicides, and all the justice that money can buy.

Dunne makes no pretense at balance in these essays – but that is mostly the reason why his writing is so absorbing. He is opinionated and vocal in his beliefs, not attempting to hide his feelings about any of the defendants in these trials. He becomes a regular fixture at the O.J. trial to the point that O.J. himself tries to win him over with what Dunne calls his ‘irresistible charm’. Dunne refuses to be drawn in, declining to shake hands with the sports star and remaining convinced of O.J.’s guilt to the very end.

A great deal of the effectiveness of these essays actually lies with Dunne’s biased approach. Coupled with an attention to detail in his reporting, he successfully shows that all approaches to justice are in some respects biased and that he can, at times, be more clear-eyed than the judge or the jury. He is acutely aware that money, influence and notoriety can play as big a part in these high-profile trials as evidence or closing arguments. As Dunne says of von Bülow

A rich person on trial is very different from an ordinary person on trial. The powerful defense team assembled by von Bülow for the second trial so outshone the prosecution that the trial often seems like a football game between the New York Jets and Providence High.

It helps massively that Dunne himself is at the heart of this community and a lot of his information comes from his ability to get access to the right people at the right time and to have them want to tell him what they know. His own social privilege gives him a perceptive insider’s viewpoint that puts him at a distinct advantage over all other crime reporters.

The book excels in this exploration of the incestuous and close-knit nature of the Hollywood elite and the social strata that exists within this rarefied world. Everyone worth knowing knows everyone else worth knowing meaning that when these scandals happen, the degrees of separation are nominal.

Robin Greer…had been a school friend of the sister of O.J.’s first wife, Marguerite. Greer was an actress, is the niece of Jane Greer, a cool and sophisticated leading lady at RKO during the ‘40s and ‘50s when she played opposite Robert Mitchum. Robin Greer was once married to real-estate mogul Mark Slotkin who later sold their Beverley Hills house on Elm Drive to Jose and Kitty Menendez

These kind of links are legion in a book where the coincidences that Dunne highlights would be hard to believe in fiction. For quite a few years, the main gossip in Beverley Hills was about the Menendez brothers, but their story was eventually eclipsed by the murders of Nicole Brown and Ronald Goldman. Dunne expertly captures the sense of unreality surrounding these crimes and nowhere is the absurd nature of life in this wealthy town more evident than in a little known meeting that took place years before.

The story goes that Lyle and Erik Menendez, then pre-teenagers, were fans of the football star, so one night Jose and Kitty invited OJ to dinner with them and their sons, and the evening was a great success. The Menendez brothers and O.J. Simpson did not meet again until they were all in the celebrity section of the Los Angeles County Jail, all three charged with double murder.

Dunne is at his best when he explores the personalities and social backgrounds of the people caught up in these high-profile cases. He becomes very close friends with Mark Fuhrman, the disgraced detective in the O.J. case, yet has little respect for prosecution lawyer Marcia Clarke.

As entertaining a read as it is, the real success of Justice is how Dunne leaves the reader thinking less of the famous names behind these famous crimes and more of the ordinary people caught up in these nightmarish situations. Maybe it is because of his own experience of being the father of a murdered daughter for whom justice was slight, but the people who leap out of these pages are the unknown victims, the devastated jurors and the bereaved parent.

From Ronald Goldman’s determined sister to Martha Moxley’s quietly hopeful mother and Sunny von Bülow’s heartbroken children,  Dunne aligns himself with the lost victims, the ones who must bear witness to the crimes in which justice often does not prevail.