The blog has taken a bit of a backseat in October, mostly due to some health issues, which did not affect my reading, but meant that I wasn’t in much of a mood to post.

I am trying to take these kind of breaks in my stride, because, let’s face it, life can get in the way and sometimes other things have to take priority.

As a consequence, my RIP challenge petered out a bit and I am incredibly behind in my reviews, but am hoping that November will be a better month.

In good news though, I did still get a lot of reading done this month, so here are my thoughts on a few of the non-746 books that I read last month.

Continuing my fascination with books about art and artists, The Narrow Land explores the relationship between Josephine Nivison and her husband, Edward Hopper, over one summer on Cape Cod.

It is 1950 and 10-year-old Michael, a concentration camp survivor and orphan, is sent by his adoptive parents to stay with a friend Mrs Kaplan, on Cape Cod. He does not get on with Mrs Kaplan’s grandson Richie and instead, strikes up an unlikely friendship with Josephine and Edward who are staying at their summerhouse close by, Richie’s aunt Katherine is dying of what we must assume is cancer and both Michael and Edward become entranced by her.

This is a fine and thoughtful novel, told from multiple perspectives but always with an eye to the whole canvas. There is a beautiful balance of character and tone and Dwyer Hickey asks much from her reader without the book becoming difficult. She depicts the marriage between Josephine and Edward in all its painful, conflicting glory, allowing Josephine’s hurt at having her own art overlooked for that of her husbands to drive her actions. Themes of loneliness, parenthood and loss are dealt with subtly and the book is carefully paced to culminate in a party – a fantastic set piece of over 100 pages – after which all the characters will be changed by what has occurred.

Girl, Woman, Other by Bernardine Evaristo

What more can I say to add to the discussion around this wonderful book and that controversial Booker decision?

I was both delighted that Evaristo won the prize and gutted that her win was overshadowed by the bizarre decision to have her share the award with Margaret Atwood. I haven’t read The Testaments, so I can’t comment on its worth as the Booker winner, but there is a real sense that the award was given, erroneously, for a body of work rather than for one novel.

None of which should take away from the staggering achievement that is Girl, Woman, Other, a dizzying and delightful journey around the lives of twelve different women, all connected, whether they know it or not. Evaristo excels at creating warm, well-rounded characters that the reader comes to care about in a matter of pages and the subtle links between these women never come across as gimmicky.

I was completely undone by the revelation that occurs in the Epilogue and it is testament (if I can use that word!) to Evaristo’s talent that I felt like I could have read about another 12 or 24 of her creations were it possible. Girl, Woman, Other will undoubtedly make my end of year Best Of list and I hope her win, however controversial, will bring many more readers to her work.

You Should Have Left by Daniel Kehlmann

You Should Have Left is a fabulously creepy novella that takes all the tropes of the traditional haunted house tale and turns them on their head, without forsaking any scares in the process.

An unnamed narrator has taken his wife and four-year-old daughter to an isolated rental house in the mountains, where he hopes to complete the screenplay that will be a sequel to his hit movie Besties. He is under pressure to deliver his manuscript, there are tensions within his marriage and the day-to-day business of child rearing distracts from his writing.

Structured as the protagonist’s diary, the novella wastes no time in introducing strange goings on. The narrator discovers some odd sentences written in his diary that he cannot remember writing and which make no sense. Pictures that he could have sworn were not on walls appear and then disappear again. Bad dreams start and Kehlmann does for baby monitors what Stephen King did for hotels.

The haunted house clichés are all here. The house has a troubled past. Someone in the village below warns then to get away and get away quick. The family have a chance to get away, yet do not take it and then the ghosts appear. Kehlmann acknowledges these tropes and reminds the reader of why they are, in fact, still so effective. A sense of dread pervades everything here and Kehlmann keeps his narrative wonderfully open-ended. Like The Shining, which also places a writer within a confined space, there is a suggestion that our writer is losing his mind due to the stress of his work and his failing marriage. There is also a hint of science fiction in the mix, involving time-travel and a parallel universe, all of which are sketched with enough detail, but also leave enough space to keep what happens open to interpretation.

At 100 pages, this is one short book, but Kehlmann uses his words wisely and creates an atmosphere of terror and dread that marries the psychological and the paranormal in the way that the best ghost stories do. 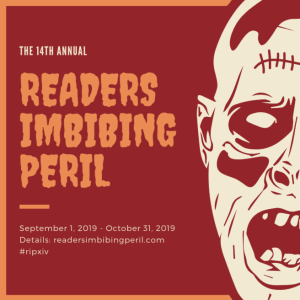 This Brutal House by Niven Govinden

This month I had the pleasure of attending a reading by Niven Govinden as part of the Belfast International Arts Festival, talking about his new book This Brutal House. I first became aware of Govinden when I read his stunning short story Animal Heart in Tramp Press’s collection A Kind of Compass. 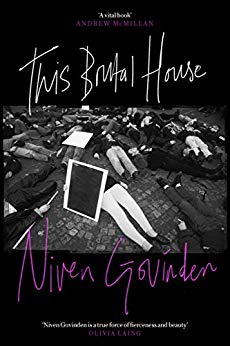 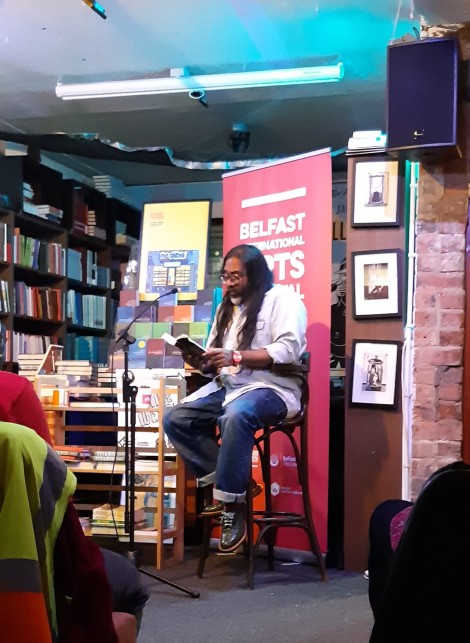 The sub-culture of the black and Latino vogue balls, with their caricature of glamour and hard fought “walks” have broken through to the mainstream before, mostly courtesy of Madonna. Recently though, from Ru Paul’s Drag Race to Pose, through to Joseph Cerrara’s The House of Impossible Beauties, New York’s ball culture seems to be having a moment.

This Brutal House removes the glitz and makeup of this world to explore the lives beyond the spotlight and to focus on the loving, yet controlling ‘Houses’ in which these boys lived, led by their house ‘mothers’. The book opens as five of these ageing mothers mount a silent protest on the steps of City Hall, protesting the disappearance of some of their children and the fact that the City has not taken their disappearance seriously.

Written in the first person plural, the writing style evokes the pain of parents everywhere when they feel that their children have not been properly cared for. It is an intense and claustrophobic style, broken up by chapters narrated by Teddy, a child of these mothers who now works for City Hall. He finds himself between two worlds, that of his everyday work and his need to support the people who helped him when he needed it most.

The plot of the book peters out somewhat – the mystery of what happened to the missing Sherry being abandoned about two thirds of the way through – but this is not a book where the plot is primary. This is about style and characterisation, while the stunning passages told in the words of the vogue caller at the balls, and a painful set piece set in the Chanel department of a posh department store are stellar. Govinden is definitely one to watch.

Billed as The Talented Mr Ripley meets Single White Female, Tangerine is the book that has charmed George Clooney into buying the film rights with Scarlett Johansson slated to star, but I am afraid it didn’t really charm me just so much.

It is 1956 and Alice Shipley has just moved to Tangiers with her rather unpleasant new husband John. He adores the place, vanishing into its streets every day while Alice stays at home, too scared to leave their house. Unexpectedly, her old college roommate and one-time best friend Lucy Mason, shows up unannounced on her doorstep and despite not parting on good terms, Alice lets Lucy back into her life.

Through flashback and told from each woman’s alternating viewpoint, we learn of their relationship at college in Bennington and what drove them both to find solace in one another. There is a mysterious accident that is constantly alluded to, but Mangan makes us wait before divulging its details.

Obviously echoing Tom Ripley, Lucy is a selfish and devious character who, like Ripley, has sexual feelings for Alice that are not reciprocated. Alice is a void of a character and once the revelation of what drove them apart at college is revealed, the question of why Alice would let Lucy in to her house, let alone into her life again remains unanswered.

There are shades of Hitchcock and Highsmith here and Mangan captures the essence of Tangiers wonderfully, however the characters are painted with such broad strokes that their motivations are unfathomable. The plot relies on a series of implausible coincidences that do not entirely gel and Lucy is a rather colourless villain. Characters like Tom Ripley succeed because, despite their heinous actions, they are still portrayed as intelligent and charismatic. Lucy Mason is not one of those characters.

Where these criticisms are limitations to a good read, I can imagine the film version of Tangerine being one of those rare occasions where the movie is better than the book.

Looking on to November, I am going to take part in Nonfiction November, but rather than tailor my posts to the weekly plan, I’m just going to read some non-fiction books that have been languishing in the 746 and I’ll post a list tomorrow.

I am only a handful of books away from getting the 746 down into the 400s, which was my goal this year, so that’s my main focus for the rest of the year.