There seem to be a lot of reading challenges going on in November – it’s a busy month, but one I always enjoy taking part in is Nonfiction November.

This month-long dedication to nonfiction is hosted by Renee at What’s Non-Fiction? alongside Katie (Doing Dewey), Sarah (Sarah’s Book Shelves), Leann (Shelf Aware), and Julie (JulzReads). The challenge has already kicked off over a week ago, and each week of November has a different theme. You can check out their blogs to see more details.

I did post along with the themes last year, but this year I’m just planning to read some of the non-fiction that has been languishing, unloved in the 746.

I’ve compiled a pile, but I’m being hopeful (delusional) that I’ll read the all and will probably only get round to reading a couple of these. 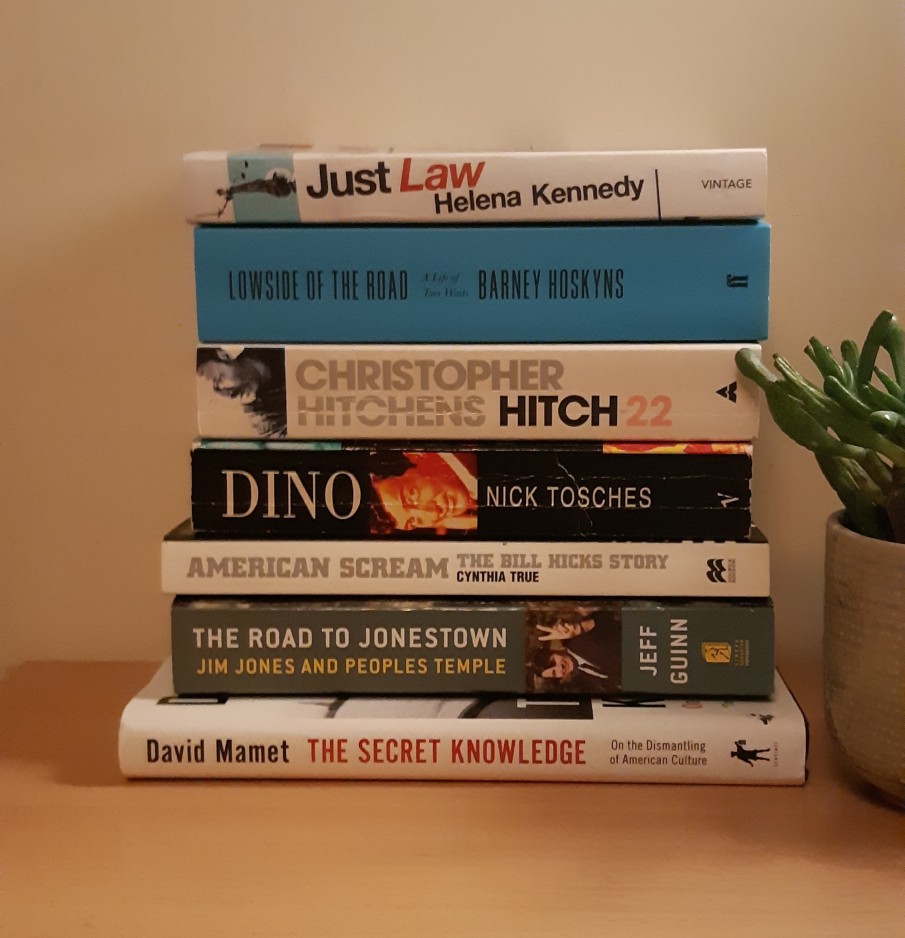 The Secret Knowledge by David Mamet

There is a very good reason why this book has been languishing in my TBR. I am a massive fan of Mamet, his plays and his writing, but I think this is the book that will make me realise that he is really a bit of an arse who has lost his way. We will see. Maybe he’ll surprise me. Or maybe I should just go re-read American Buffalo and remember the good times…

The Road to Jonestown: Jim Jones and the Peoples Temple by Jeff Guinn

I am a girl with a dark turn of mind and love all things cultish. I find it fascinating how mediocre men can style themselves as preachers and lead normally sensible people to do completely nonsensical things. Jeff Guinn, who has written about Bonnie & Clyde and Charles Manson, delves into the 1978 tragedy in Guyana, where more than 900 church members drank cyanide-laced drinks.

Bill Hicks was a really big deal for me back in the day, when Channel 4 used to broadcast his stand-up shows. He burned bright and short, and his comedy was so dark that it was at times more uncomfortable than humourous. To my mind, John Lahr has written the definitive piece on Bill Hicks – The Goat Boy Rises – but Cynthia True is a comedy critic who did her research, so this should be an interesting insight into one of the greatest comedians of all time.

I picked Dino off the shelves last week when I heard that Nick Tosches, legendary music writer, had died. Dean Martin is my favourite crooner – I love the sense he exuded of not really giving a shit – so coupled with Tosches notoriously distinctive style, this promises to be a wild ride of a biography.

This book has been on my shelves for so long that I don’t remember buying it or why I bought it. It may have been because my Dad was a big fan of the British American author and critic whose forceful invectives on politics made him a key figure in British public. This memoir includes tales featuring Bill Clinton’s marijuana consumption, a visit to a brothel with Martin Amis and a threatened spanking from Margaret Thatcher! And those probably aren’t the juicy bits…

Lowside of the Road: A Life of Tom Waits by Barney Hoskyns

Helena Kennedy is a bit of a rock-star in my opinion. I had the honour of meeting her last year after she gave a talk where she introduced herself as ‘the woman you hire if you’ve murdered your husband’. That remark plays down her numerous achievements in the legal world, and Just Law examines the record of modern governments with regard to fundamental democratic rights and a steady erosion of civil liberties, culminating today in extraordinary legislation that wholly undermines long-established freedoms.

I have a couple of other non-fiction books on my iPad, including Fear of Fifty by Erica Jong and Ghosts of the Tsunami by Richard Lloyd Parry, so I am definitely not going to run out of options.

Do any of these take your fancy? Is anyone else taking part? 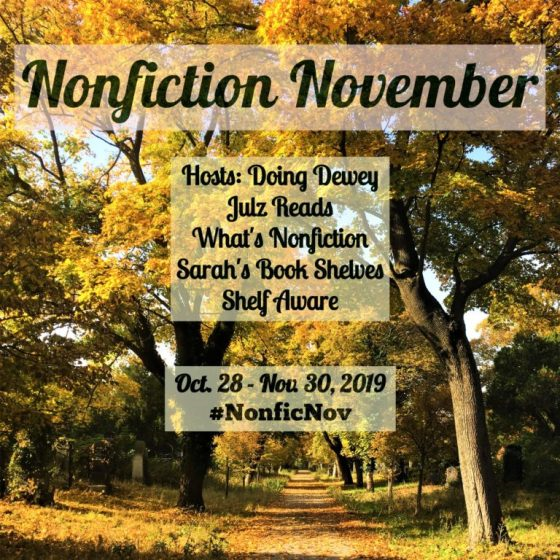