2020 is shaping up to be quite the year for Irish literature. All the big names seem to have new releases and in the first few months already we’ve seen new books from Anne Enright (Actress); Colm McCann (Aperigon), Marian Keyes (Grown-Ups) and Eimear McBride (Strange Hotel).

Still to come in the next few months are new books from Sebastian Barry, who will be following up his best-seller Days Without End with A Thousand Suns, Roddy Doyle, John Banville and Donal Ryan.

There are though, a lot of other really interesting and exciting books coming out of Ireland this year from debut writers and smaller presses that might not get just so much attention, so over the next two days, I’m going to highlight some of the books that will be worth keeping an eye out for. 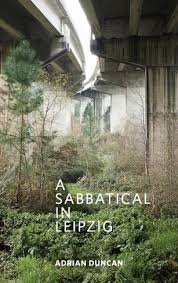 Ghost in the Throat by Doireann Ní Ghríofa

Tramp Press is a consistently interesting publisher bringing new and exciting voices to the fore. Poet Doireann Ní Ghríofa is making her prose debut with Ghost in the Throat which melds essay and autofiction to explore the deep connection between two writers who live centuries apart. A young mother in the present day becomes obsessed with an epic poem written in the 1700s by and Irish noblewoman, and is struck by the similarities she finds to her own life.

Doireann Ní Ghríofa writes in both Irish and English and this book explores ideas of translation, language and finding a voice.

A Sabbatical in Leipzig by Adrian Duncan

Adrian Duncan, an author and visual artist follows up his first book Notes from a German Building Site with A Sabbatical in Leipzig, which follows Michael, a retired bridge engineer who has lived away from his home country of Ireland for quite some time. Following the death of his girlfriend, Catherine, Michael is living in Bilbao. Each day he visits Richard Serra’s art installation and muses on his career, his relationships and the nature of environment. According to the Lilliput Press website, A Sabbatical in Leipzig ‘stands alone as a substantial and compelling work of literary fiction’

With a blurb like that, Naoise Dolan’s Exciting Times is sure to make quite a splash this year and put this debut novelist right on the map. Ava has come to Hong Kong from Dublin to teach English to rich children. She meets Julian, a banker who spends money on her but won’t commit but is then tempted by Edith, an ambitious lawyer who treats Ava the way she wishes Julian would. Who will Ava choose? Exciting Times is a sharp comedy exploring modern life and modern love and is being buoyed along on some real buzz that suggests Naoise Dolan as a name to watch. An excerpt of the novel was published by Sally Rooney in The Stinging Fly last year. 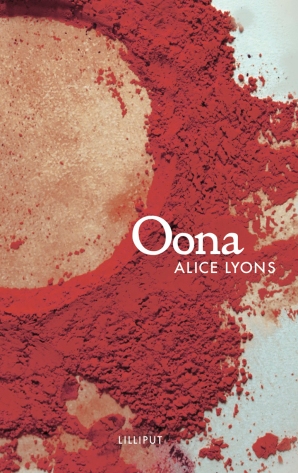 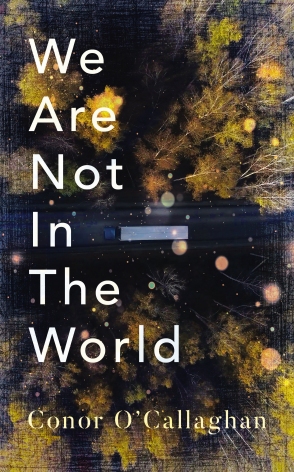 Alice Lyons is a poet and visual artist who was born in the United States but now lives in Sligo, in the West of Ireland. Oona is her debut novel and one of the books I am most highly anticipating this year. Written entirely without the letter ‘o’, Oona is a coming-of-age novel about an artist who comes to terms with the pain of her adolescence through art, painting and immersion in a small Irish community. A study of grief through imagery and landscape, Oona’s experimental form mirrors the way in which people hide and omit their true self in order to survive.

We Are Not in the World by Conor O’Callaghan

Nothing on Earth, Conor O’Callaghan’s debut novel was one of my favourite books of 2017, a haunting, ambiguous and unforgettable novel set on a ghost estate in Ireland where nothing was as it first seems. We Are Not in the World follows a haulage driver who, heartbroken after a long, painful love affair, takes a job driving through France. Travelling with him is a secret passenger – his daughter. Twenty-something, unkempt, off the rails. With a week on the road together, man and girl must attempt to restore themselves and each other, and to repair a relationship that is at once fiercely loving and deeply scarred.

We Are Not in the World sounds as haunting and urgent as Nothing on Earth, exploring themes of love, shame and parenthood in all its complexity.

Long before Ginger Rogers and Fred Astaire became massive Hollywood stars, Fred had another dance partner – his sister Adele. In this fictionalised account of Adele’s life, Nicola Cassidy puts this largely forgotten woman front and centre, following her and Fred’s humble beginnings in Nebraska, through to their days in vaudeville and finally Broadway. In the 1920s Adele was arguably more famous than her brother, but retired from public life in 1932 when she married Lord Charles Cavendish and moved to Ireland.

From the loss of her children and the sad and premature death of her husband to her jealousy of Ginger Rogers and her stoic and fierce loyalty for her brother, Nicola Cassidy brings to life both the glitz and glamour and the loves and losses of one of the most gregarious and charismatic characters ever to settle on Ireland’s shores.

Does anything here take your fancy? If not, don’t worry! I’ll be back tomorrow with another round-up of books by Irish authors that promise to make a splash in 2020.