Alcohol has had a starring role in the creative lives of some of the world’s most famous authors.  In an essay entitled Alcohol and Poetry Lewis Hyde noted that four of the six Americans who have won the Nobel Prize for Literature were alcoholics, namely William Faulker, Eugene O’Neill, John Steinbeck and Ernest Hemingway. 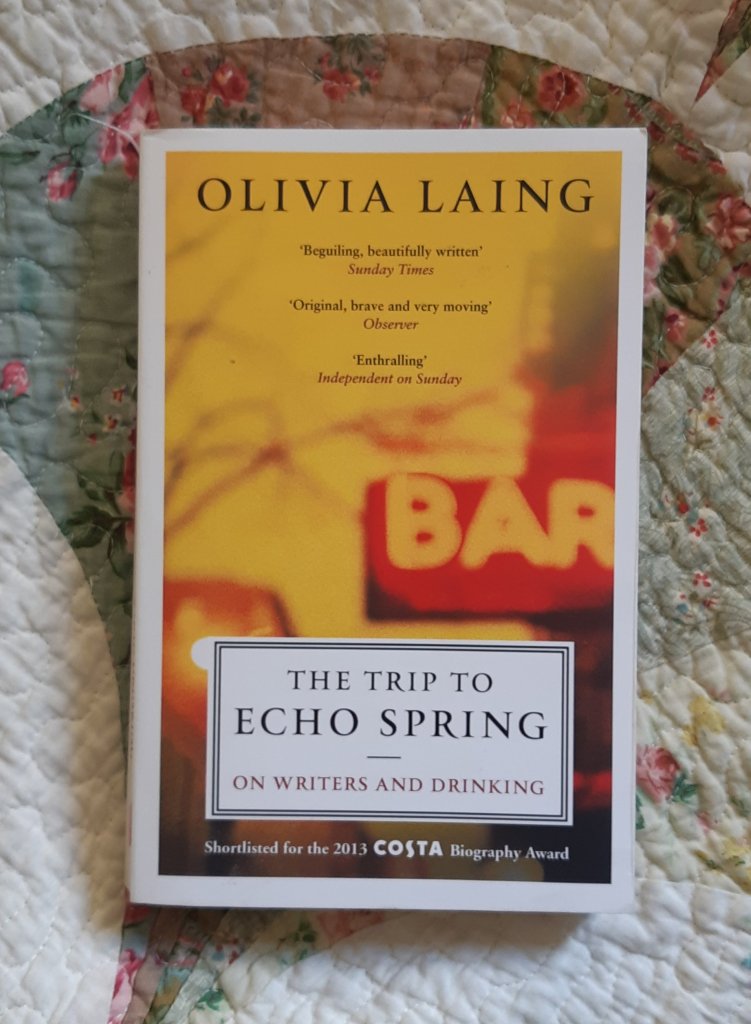 The great William Faulkner is famed for saying, ‘my own experience has been that the tools I need for my trade are paper, tobacco, food, and a little whiskey’. It’s fair to say that Faulkner was being self-deprecating with the ‘little’ in that sentence and like the authors explored in Olivia Laing’s The Trip to Echo Springs, his drinking informed his writing and vice versa.

Laing, who has a history of alcoholism in her own family, takes an informed and enlightening look at the lives and struggles of six male writers – F. Scott Fitzgerald, Ernest Hemingway, Tennessee Williams, John Cheever and Raymond Carver – all of whose careers were both shaped and shaken by their drinking. Two of the six committed suicide and none of them lived to enjoy old age.

“I’m taking a little short trip to Echo Spring,” says Brick, a character in Tennessee Williams’ Pulitzer-winning play Cat on a Hot Tin Roof (Echo Spring being both a brand of bourbon and a nickname for the liquor cabinet). In order to understand the link between alcoholism and creativity, Olivia Laing takes a longer trip across America, mostly by train, visiting the key sites in these writer’s lives. She maps their alcoholism, from the New York bars of Fitzgerald, and the beloved New Orleans of Williams’s youth and subsequent death; to Key West, home of Hemingway; and to the Mid-Western university towns where Cheever, Berryman, and Carver tried to manage teaching job, marriages and frightening drinking habits.

What results is an evocative blend of memoir, literary criticism and travel writing. Laing is an elegant writer and she is adept at weaving her own experiences, strong literary insight into these writers work, and the sociological and scientific background to alcoholism and the AA into a cohesive whole. She is a vivid observer of landscape and place and has a strong eye for capturing fleeting moments that occur when travelling.

By linking their biographies in with her own experiences, her writing takes on a real poignancy, particularly when she is joined by her mother for the last stop on her odyssey, to the place where Raymond Carver found a modicum of peace.

So why did these writers (and so many others) drink? Laing admits to varied reasons – unhappy childhoods, anxiety, boredom – but offers no easy answers. She does note the links the writers all share between the love of alcohol and the love of water. Hemingway and Carver loved to fish, Hemingway out on the ocean and Carver on the river. Williams loved to swim and Cheever’s stunning story The Swimmer, conflates a man swimming through the pools in his neighbourhood with his growing alcoholism. They could lose themselves and paradoxically find themselves in these liquids, these springs, in what Laing calls ‘a little fantasy of cleanliness, purification, dissolution and death’.

Thanks to her first-hand experience of life with an alcoholic, Laing is clear-eyed about the self-destruction at the heart of the alcoholic and is the first to admit that these men were often violent, unpleasant and even dangerous. Yet she also makes us care about them and more, importantly, cherish the great work they left behind.

We can never know why any one person drinks, let alone six people but Laing explores possible causes through incisive and often beautiful prose, insightful explorations into their work and, overall, with an air of empathy. The legacy of these writers is a testament to the winning out of talent over addiction.