Well, that brings week one of Reading Ireland Month to a close and what a great week to kick everything off!

It was ‘Contemporary Novels’ week on 746 Books and I reviewed:

I also posted about the forthcoming Irish novels that I’m most excited to read and there are so many that I had to create not one but two posts! And finally, my Six Degrees of Separation had a distinctly Irish feel!

Reading lists are being made and book piles assembled and this week saw planning posts by Lynne at Fictionophile, Peggy at Peggy’s Porch, Carla at Carla Loves to Read and Cath over at Cath Humphris blog.

Nancy Elin shared a wonderful poem called Still by Felicia Olusanya, which was commissioned by RTE in response to the pandemic.

Reviews this week came from:

It’s also been a great week for news about Irish writers too. The legend that is Edna O’Brien was honoured with France’s highest cultural distinction, being made a Commandeur of Ordre des Arts et Lettres, while poet Paul Muldoon was announced as editor of Paul McCartney’s ‘autobiography‘ The Lyrics, due out later this year.

To celebrate the start of Reading Ireland Month, I’m giving away a copy of this year’s One Dublin One Book choice, Leonard and Hungry Paul by Rónán Hession.

Leonard and Hungry Paul is the story of two friends trying to find their place in the world. It is about those uncelebrated people who have the ability to change the world, not by effort or force, but through their appreciation of all that is special and overlooked in life.

Rónán Hession is an Irish writer based in Dublin. His debut novel Leonard and Hungry Paul was published by Bluemoose Books in the UK and by Melville House Books in the US and his follow up Panenka will be published in May.

If you’d like to be entered for the draw (I will post world-wide) then just let me know in the comments!

Check back in next week when I’ll be exploring Classic Irish Novels and there will be another giveaway.

Thanks to all who have taken part so far, read, commented on and retweeted Reading Ireland Month posts. Don’t forget to keep an eye on the hashtag #readingirelandmonth21 and link up any posts here.

You’re legends, the lot of ye! 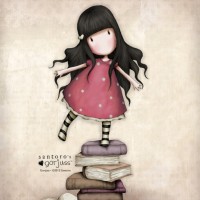